The Yankees have $1, 877,900 to spend on international free agents and they signed Yonauris Rodriguez, a right-handed hitting shortstop out of the Dominican Republic for $575,000. Minor League Ball ranks him as the 48th best international player, but Ben Badler did not rank him in his top 30 international prospects list.

Baseball America has some good things to say about him:

One of the best defensive shortstops in Latin America is Yonauris Rodriguez, a 16-year-old who trains with Angel Perez and plays in the Dominican Prospect League. At a wiry 6 feet, 150 pounds, Rodriguez will stick at the position because he has good hands, a strong arm and good range. He's a hard-nosed player whose glove is ahead of his bat.

Here is some video of him inexplicably set to Eminem.

It's hard to get excited about a 16-year-old prospect because they have such a long way to go from here, but it's nice to see them getting top international talent that they can hone. Obviously, the Yankees will need a shortstop long before Rodriguez is even close to the majors, but perhaps he can be part of a team somewhere down the line. 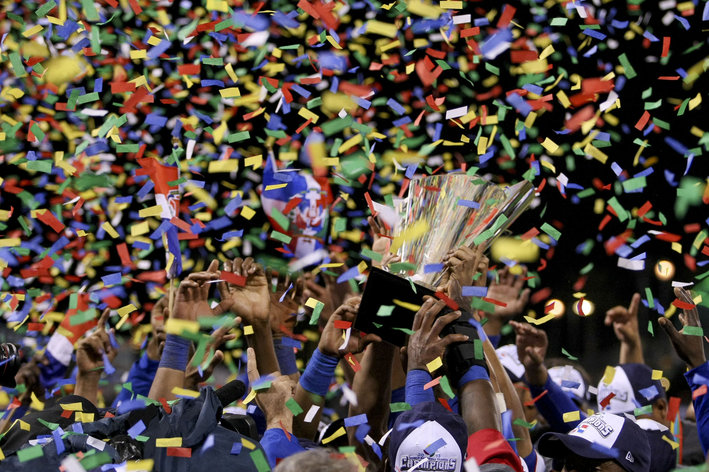 All the players the Yankees won't be signing

The Yankees have had a mixed history with international free agents. They have signed some big names out of Latin America with Jesus Montero (VZ), Gary Sanchez (DR) and Manny Banuelos (MX), but they have also come away with layers like Jose Pirela (VZ), Claudio Custodio (DR), and Isaias Tejeda (DR). Some of their replacement-level talent from the international scene include Adonis Garcia (CU), Ravel Santana (DR), Melky Mesa (DR), and Ronnier Mustelier (CU). Those with a chance to become major league regulars include Rafael De Paula (DR), Francisco Rondon (DR), Ramon Flores (VZ), and Jose Ramirez (DR). The Yankees spent big ($1.3 million) last year on Luis Torrens, a catcher from Venezuela and he is just starting his first year of pro ball in rookie ball.

The Yankees had an in with Rafael Devers as he has the same trainer that Gary Sanchez had before they signed him and yet they have nothing to show for it. The Red Sox signed the No. 3 international free agent for $1.5 million.

They have also been connected to outfielder Leonardo Molina, ranked as the fifth best international free agent according to Baseball America, but he has to wait until he turns 16 before he can sign with a team.

Zoilo Almonte: Something special or a random hot streak?

Chien-Ming Wang designated for assignment: Yankees made the right decision