With their second pick in the 2013 MLB Draft, the Yankees selected centerfield Aaron Judge 32nd overall. Judge is a 6-foot-7, 255 pound monster from Fresno State and would be the second tallest outfielder if he makes it to the majors. Keith Law (subscription required) says he's very athletic, despite his size, with a surprisingly short swing. He also says that he won't be a centerfield in the pros, but he's a fast runner and would have good range in the corners with a plus arm. Jason Heyward was mentioned as a comparable on his defense. He needs some mechanical work with his bat, but he has 30-home run potential against 150 strikeouts a year. He has monster power in batting practice, but has yet to show it in games and that could be a red flag. 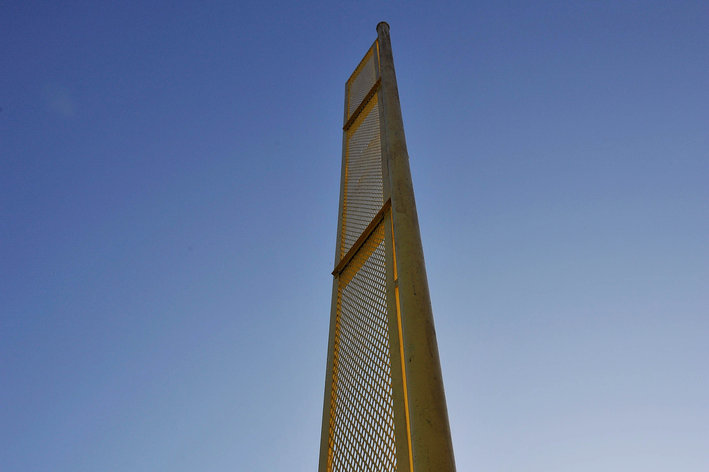 The Yankees take a giant outfielder with tons of power potential

Judge was ranked 30th overall by Baseball America, 24th by Jonathan Mayo at MLB.com and as high as #17 at ESPN. Mayo score him with 3/5 hitting, 5/5 running, 6/6 arm, 5/6 fielding, and as a 4/5 overall. He describes him as having considerable raw power from the right side of the plate and projects to have all the tools of a future right fielder. Oddly, May says he has patience at the plate, which might conflict with Law's 150 strikeout projection.

Aaron Judge is the first outfielder the Yankees have drafted in the first round since John-Ford Griffin in 2001.