With their first pick in the first round of the 2013 MLB Draft, the Yankees selected Notre Dame Junior third baseman Eric Jagielo. Keith Law called (sub. required) Jagielo one of the more polished bats in the draft class, and thinks that he has a chance to stick at third base with good arm strength and agility. Law projects Jagielo's potential to be a 20-homer guy with a mid-.300s OBP in the majors. 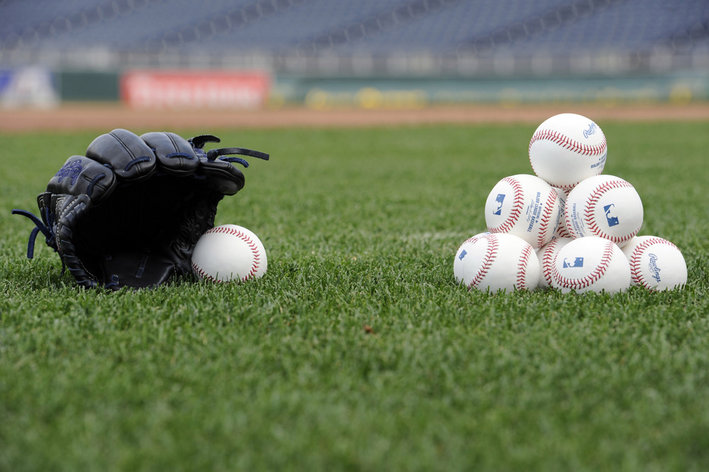 Jagielo was ranked 16th in Baseball America's Top 500 and ranked 37th by MLB.com's Jonathan Mayo. As a left-handed hitter with power, he should benefit from playing half his games in Yankee Stadium. Not everyone is sure that he'll be able to stick at third base, predicting that he may need to move to a corner outfield spot before all is said and done. He would be among the bigger third basemen in the league if he does truly stick there.

MLB.com's Mayo ranks Jagielo's arm as average and his fielding as below average that should be average in the future. Mayo also predicts his future power potential to be above average. With Alex Rodriguez looking at a move to DH before too long and Dante Bichette Jr. still struggling in Low-A, the Yankees could see Jagielo as the answer at third base for the future if he can hack it there long term. Obviously, his value is much higher at the hot corner than in the outfield, so the team will be hoping that Law's projection for him to stay there is correct.

If you disregard the supplemental round where Bichette was taken, the last third baseman the Yankees took in the first round was Eric Duncan in 2003.

Pinstriped Bible will have a longer profile up on Eric Jagielo tomorrow. Until then, you can always follow him on Twitter @E_Jagielo.