A common question since the news broke that MLB is seeking to suspend up to twenty players, including Alex Rodriguez, for their connection to the Biogenesis clinic in Miami is whether or not the Yankees would have grounds to void their contract with Rodriguez if he is suspended. In short, the answer is no. 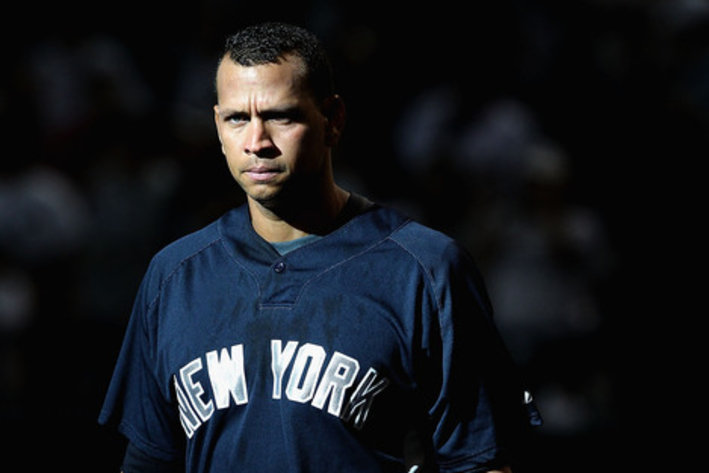 Andrew Marchand of ESPN writes that there is no language in Rodriguez's contract that would give the team basis for voiding the contract based on steroid use or suspension. If MLB succeeds in issuing a 50 or 100-game suspension for A-Rod, the team would save $15 million dollars that they would otherwise owe him. That is pretty much the most money they can save if a suspension truly comes to pass.

When the Biogenesis scandal first broke back in January, ESPN wrote that the Yankees were exploring every avenue that might give them a way to get out from under the burdensome contract for their aging third baseman. It's obvious why the Steinbrenners would want to see if any loophole existed that might save them a huge chunk of payroll going forward, but the Collective Bargaining Agreement and Joint Drug Prevention and Treatment Program prevents any team from taking action against a player beyond the suspension handed down by the Commissioner's office.

The only language in the CBA that allows a team to take further action against a player suspended for steroid use is if they are injured or disabled as a result of their violation of MLB's drug policy. Teams are also able to withhold salary if a player is unable to play because of legal proceedings or jail time caused by a violation of Baseball's drug policy.

So, no, the Yankees do not have grounds to void Alex Rodriguez's contract, even if he is suspended for up to 100 games for his involvement with the Biogenesis clinic. The only money they can save is on his salary while he serves out his suspension, unless they could definitively prove that he is unable to play as a direct result of the steroids obtained from Biogenesis – if A-Rod obtaining steroids from the clinic is even able to be proven through MLB's investigation.

Should A-Rod be hit with a suspension for his involvement with the clinic, and if that decision was held up when the Players Association obviously appeals any initial ruling that involves a suspension, then the Yankees may have some grounds for recourse if they can get a doctor to say for sure that his injury was a result of steroid use. The chances are beyond slim that all those things will add up together at the same time, particularly when the doctor who surgically repaired A-Rod's hip said that the injury was not caused by steroids, so the Steinbrenners will have to live with the contract they gave him without any help from this matter.

CC Sabathia finishes the job and comes up aces

MLB may be sleazy, but suspensions could stick

Joe Girardi: Go through MLB if you want Biogenesis answers