PNC Field, the home of the Yankees' Triple-A affiliate, the Scranton/Wilkes-Barre RailRiders, was remodeled for the 2013 season. Let's check in on what's happening in Northeast Pennsylvania.

Share All sharing options for: Matt F. goes to a Scranton/Wilkes-Barre RailRiders game

I spent a fairly decent number of days of my childhood at PNC Field (or Lackawanna County Stadium as it was called for most of that period) watching the Scranton/Wilkes-Barre Red Barons/Yankees, the Triple-A affiliate of the Phillies and then later the Yankees' Triple-A affiliate. The stadium is about a 10-15 minute drive away from my house, and my friends and I would go watch at least a couple of times a season. Actually, when there with friends, a lot of the time was spent doing anything other than watching baseball. There was a lot of time spent just wandering the stadium. Mostly because there was no one there.

The Phillies moved their Triple-A affiliate from Maine to a brand new stadium in Moosic, PA starting in 1989. The first game was held at Lackawanna County Stadium, just a few months before they broke ground on the Orioles' new stadium, which started to mark a shift away from the building of the Three Rivers Stadium multi-purpose-type of ballpark to the "retro" type that seems to be what most new ones are. (Except for the new Marlins' stadium. No clue what that is.) Lackawanna County Stadium missed out on that shift. It wasn't that the stadium was a cesspool, it was just clunky and already out-of-date. 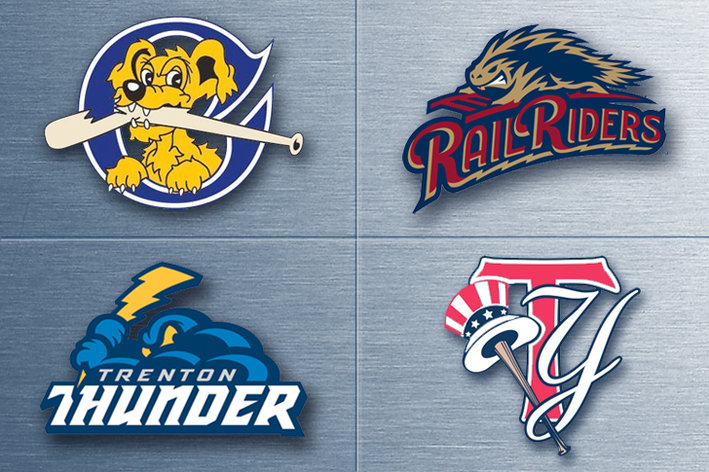 Most of my memories at the stadium seem to be random weekday summer nights. As I said, there just never seemed to be that many people there. At least not enough for our parents to be that concerned when we went to get food, or just go to the upper deck for no reason. It went through periods of decent attendance. When the Yankees took over as the Major League affiliate from the Phillies in the 2007 season, opening day was sold out. My family bought a ticket package for that first SWB Yankees' season. But a few years later, it went back to the same as before.

It was time that Northeast PA had a proper baseball stadium. PNC Field being remodeled selfishly makes me happy that Triple-A baseball will now hopefully be in the area I grew up for years to come. And even more selfishly, I hope it continues to be the Yankees' affiliate.

I made my first trip to the remodeled stadium Saturday night, to see the SWB RailRiders take on the Pawtucket Red Sox. The result sucked, but that happens, it's baseball. Let's talk about why I would recommend checking out a game here, if you have the chance.

My first impression on walking into the stadium was: "I can see the field." Much like the old Yankee Stadium in how you couldn't see the field unless you're in your seat, the concessions and the like in old PNC Field were closed off the field. And much like new Yankee Stadium, it's not the case now. The area with concessions and bathrooms and all that even look like a little mini-version of the same area of Yankee Stadium. You can see the field and the game from there. Overall, unsurprisingly for something newly remodeled, the stadium is just nicer than it was. The food is good (didn't get around to the nachos, apologies to Greg and LTL). The stadium store is nicer. And now without the upper deck, it just feels more like a baseball stadium. The old stadium never used to have seats behind the outfield wall. While there are still no seats there, they plan on opening it up for lawn seats later in the season, which should further improve the atmosphere. Old PNC Field used to just be a pile of seats with baseball played in the middle. Now it feels like a baseball stadium.

I know there is a lot of confusion with the name RailRiders and the creature that adorns the logo. Well, it is a porcupine, and if you think that's stupid, well then it's time you met porcupine mascot. 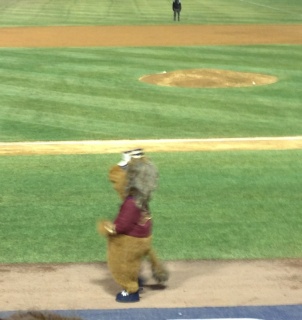 Its name is Quills, and it is awesome. If you dislike porcupine mascot, then we are no longer friends. 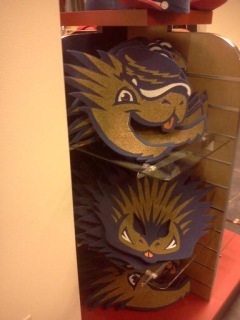 There was a Greg Legg bobblehead giveaway. 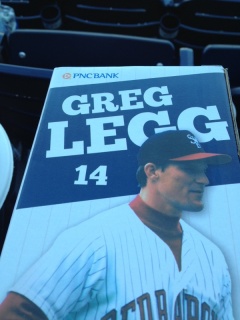 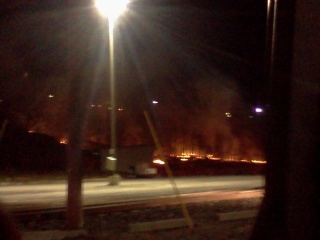 And here's a better picture of the fire from RailRiders beat writter Donnie Collins.

Oh and I bought this hat: 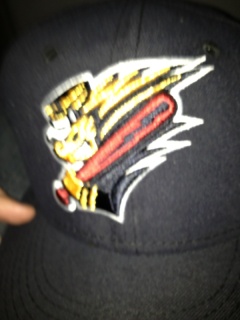 Yesterday's recap: More of the same

GIF of the Game: Brett Gardner is back