Share All sharing options for: Yankees 3, Tigers 8: A microcosm of Yankee pain

This game had it all, as in everything that has gone wrong with the 2013 season. Poor starting pitching, poor relief pitching, little offense, bad defense behind the plate, and another injury. Ivan Nova struggled, while the offense couldn't beat Doug Fister, who wasn't even that sharp. This game got ugly.

It started innocently enough when Austin Jackson and Torii Hunter both singled in the first inning. Miguel Cabrera beat out a slow ground ball to score the first run. Nova looked rusty, but it was still early. In the second he walked Andy Dirks, who stole second and then scored on an Omar Infante single to make it 2-0 Tigers. Nova threw 51 pitches in two innings.

Nunez was hit by a pitch in the fourth inning that seemed to hit his chest, but actually hit his bicep. He fell to the ground clearly in pain, clutching his right shoulder and unable to get up. He was taken out, still in a lot of pain and clutching his arm, and was replaced by Jayson Nix. He was diagnosed with a bruised right bicep and is listed as day-to-day. Still, if he needs to go on the disabled list the only infielder on the 40-man is Corban Joseph, so they would need to release another player to get a shortstop on the roster.

The Yankees did score some runs in the top of the fifth inning when Chris Stewart singled, Brett Gardner hit a force out to replace him, and Robinson Cano singled to move him to third. Gardner was able to score on a wild pitch and then Kevin Youkilis hit a home run to make it 3-2. It looked like things were about to turn around.

Just kidding. The Tigers responded right away to take back the lead. Infante singled on a ground ball to Nix, who does not have the range that Nunez has. Jackson walked and Hunter hit into a double play. Nova just needed to get Miguel Cabrera out to get out of the inning, but instead he hit him (or hit the knob of his bat) and that was it for him. Boone Logan came in to pitch to Prince Fielder and promptly gave up a home run to make it 5-3 Tigers.

GIF of the Game: Boesch's revenge

Then Shawn Kelley gave up a solo home run to Alex Avila in the sixth and a two-run home run to Fielder in the seventh to make it 8-3 Tigers. Drew Smyly came in for the Tigers and absolutely shut down the Yankees for four innings to get the save.

Cano, Youkilis (2), Travis Hafner, Brennan Boesch, and Chris Stewart had the Yankee hits, while Lyle Overbay and Hafner each walked once. Both Gardner and Nunez were hit by pitches and Gardner, Cano, Overbay (2), Stewart, Nix and Ben Francisco all struck out.

Brennan Boesch got his fist start of the season in right field and made an amazing catch in the third inning to rob Fielder of a run scoring double. The Tigers' cleanup hitter must have been angered by this. Chris Stewart had a passed ball, couldn't keep a wild pitch in front of him and threw a short hop to second base. If he's here for his defense, why is he still here? 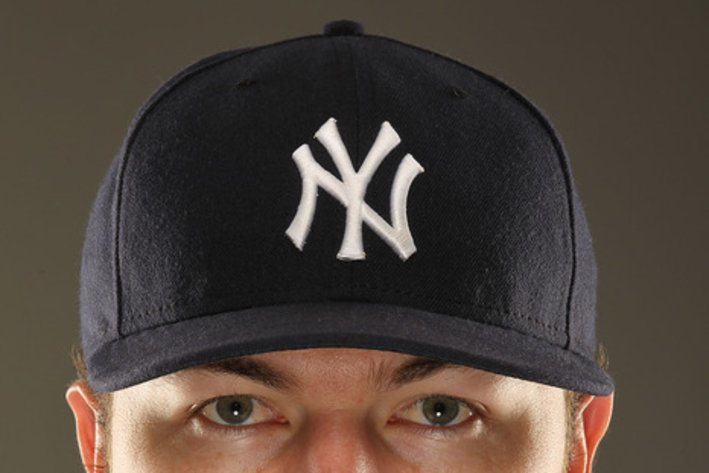 The righthander is coming back early from his DL stint to hopefully give the Yankees' bullpen a breather.

Ivan Nova gave up four runs, on five hits and two walks, but did manage to have five strikeouts. He got four ground balls, which is good to see from Nova, but he also got a line out and three fly outs, so he's going to have to keep the ball on the ground if he wants to have a good year. Nova has become a strike out pitcher, but it's also causing other complications. He needs to return to his down in the zone dominant self.

Boone Logan had one job and was unable to do it. He gave up a home run and a walk in 0.1 innings pitched. Shawn Kelley came in for two innings ad gave up three earned runs, on three hits, but also struck out three batters. It's a good thing he can go two innings. David Robertson finally got into a game and had a perfect inning. At least someone did their job.

The Yankees will try again tomorrow. That's all they can do.