Matt Diaz has been cut form major league camp and subsequently released from the Yankees to allow him to possibly hook onto another team before the beginning of the season. Diaz was supposed to compete with Juan Rivera to be the right handed hitter off the bench, then when Curtis Granderson got hurt it was possible for both players to make the team. Then Mark Teixeira went down and Rivera started to compete with Dan Johnson for the first base job and players like Melky Mesa, Ronnier Mustelier, and Thomas Neal entered the fray. During that time Diaz only collected six hits out of thirty at bats, but is that why he was cut?

What If Mark Teixeira Needs Surgery? 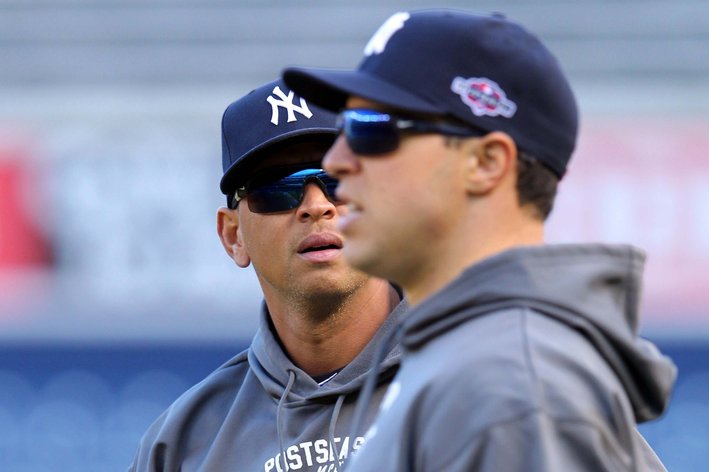 What will the Yankees do?

Throughout the course of Spring Training Matt Diaz hit .200/.250/.200, but meanwhile, Raul Ibanez hit .150/.190/.333 one year ago and still made the team. If Spring Training numbers don't matter for one why would they matter for another? His performance isn't really what cost him a spot, it was the presence of those around him. Ben Francisco and Brennan Boesch were brought in and both are being considered over Diaz, whether there are real reasons to do that or not. Francisco has an even platoon split for his career where he has hit lefties and righties at a 101 wRC+ level, meaning he is league average against everyone. Boesch has been slightly below average against righties (92) and slightly above average against lefties (110). Matt Diaz has the best career numbers off lefties (127), but the worst numbers off righties (79), so it looks like the need for a lefty killer has been replaced by a need for an every day player.

If Diaz was released, more because of his skill set than his actual performance, to give way to Francisco and Boesch then it could mean that both will be making the team out of Spring Training. There are five roster spots still open (two of them likely to be temporary replacements) and they include a first baseman, a left fielder, a fourth outfielder, a backup infielder, and either a fifth outfielder or a second infielder. Juan Rivera, Ben Francisco, Brennan Boesch, Melky Mesa, Thomas Neal, Jayson Nix, Ronnier Mustelier, and Eduardo Nunez are still in play. When injuries strike, versatility can help save the day. Matt Diaz was simply pressed out of the fold and his poor performance made him even easier to cut.

Now that it looks like Mark Teixeira's injury is to the tendon sheath and he might be out until June, Juan Rivera is going to be needed at first base for much longer, essentially taking him out of the outfield competition. They could use Boesch in the outfield and as a DH against lefties, Francisco would be the fourth outfielder. The last two spots will probably be infielders, and since Nix is the only one that can play around the infield he will likely get a spot. Because of his ability to play third base and the corner outfields, Ronnier Mustelier could easily get the last spot. The big losers of the recent signings are Melky Mesa, Thomas Neal, and Eduardo Nunez.

Now that the team is in a bind it will look to their veterans to help them, even if the rookies/younger players could perform at the same level and might even be better. Brian Cashman loves Ben Francisco, for whatever reason, and thinks Brennan Boesch can be better than his 2012 season, even if that's not saying much. Matt Diaz just didn't fit into the equation anymore. Neither will Eduardo Nunez as a shortstop/DH, neither will Mesa as a speedy outfielder, neither will Neal, since he's already on the outside looking in. Thanks a lot, Travis Hafner.