Changes Needed After USA Loss, but Baseball Is the Big Winner in WBC

Share All sharing options for: Changes Needed After USA Loss, but Baseball Is the Big Winner in WBC

The World Baseball Classic is moving on to San Francisco, but Team USA won't be along for the ride. Following a 4-3 loss to Puerto Rico, the Americans are headed back to their spring training camps in Florida and Arizona, while baseball fans from sea to shining sea try to make sense of another disappointing finish in the burgeoning tournament.

Over the next few days, there's going to be plenty of accusations and recriminations as a proud baseball nation tries to figure out why it can't win a tournament dedicated to the sport it invented. And, to be certain, there is plenty of legitimate blame to go around. However, all the suggestions offered and lessons learned must begin from a simple premise: having USA emblazoned across the chest doesn't mean America can expect to win the WBC.

To those who believe that baseball supremacy is an American birthright, the country's inability to half heartedly dominate the WBC is reason for concern. In reality, it's cause for celebration. Since World War II, but especially over the last 30 years, baseball has evolved beyond being just an American game. Not only is the sport being played competitively in more and more countries, including some that seemed unimaginable as recently as 10 years ago, but the percentage of foreign born players has gradually been on the rise. Thanks to an expanding talent pool, the quality of the game has never been better, and the sport's popularity around the world is on the rise. To anyone but the most strident jingoist, this is a good thing. No, actually, it's a great thing. Those who love baseball should celebrate its elevation to an International Pastime, not lament its growth beyond U.S. borders. 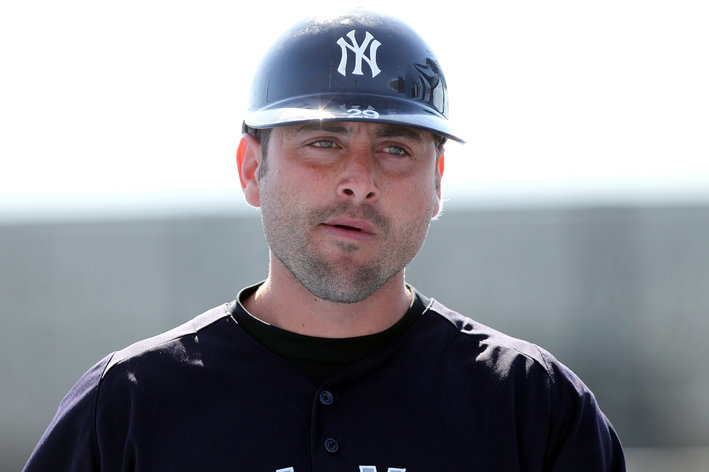 Cesar Carrillo hit with 100-game suspension. Who might be next?

So, what can Team USA do to improve its chances of being successful in a tournament packed with competitors who desperately want to win? The easiest answer is to ramp up passion and emotion to a level commensurate with other nations, but that's not something that can be manufactured. It's no shame that baseball players and fans in the U.S. are not as passionate about the WBC as their foreign counterparts. For years, the U.S. and MLB have been the measuring sticks by which other countries' players and programs measure their success, so it stands to reason that an international tournament will have more appeal to those on foreign soil. Also, it's probably difficult for U.S. fans to separate Major League Baseball from USA Baseball. Try telling a Yankee fan from the United States that Robinson Cano is not "one of them", and you'll see what I mean. Because fans in the U.S. get to watch the world's best players every day for 162 games, and develop pride in the international collection that represents their home city, transferring that passion to a hastily assembled national team is easier said than done.

Just because Team USA can't be expected to match the passion of international participants doesn't mean it shouldn't take the WBC more seriously. To many, this means the team should be stacked with only the nation's absolute best superstars. According to those who espouse this theory, the WBC will only become relevant when Team USA trots out the likes of Justin Verlander, Clayton Kershaw, David Price, Prince Fielder, Mike Trout, Buster Posey, and Troy Tulowitzki. Such an amazing array of talent would undoubtedly overwhelm the other teams, right?

Attracting better players probably would improve Team USA's chances, but was talent really the reason they came up short this year? Are the likes of Ryan Braun, Giancarlo Stanton and Joe Mauer not sufficient to beat teams like Mexico and Puerto Rico, whose rosters pale in comparison? Also, if the U.S. brings its very best, what about Venezuela, the Dominican Republic and Japan? Wouldn't players like Albert Pujols, Jose Bautista, Felix Hernandez, Yu Darvish and Ichiro Suzuki tilt the balance as well? The bottom line is Team USA had more than enough talent to win this year, but still came up short. Getting better players can't hurt, but there are systemic issues that should be addressed first.

If American fans want to complain about the team's efforts, the players should be exempt. They were the ones who cared enough to represent their country, and there's no evidence to suggest they took that responsibility lightly. Unfortunately, the same can't be said for the manager in the dugout and the organization that selected him. Let's be honest. Joe Torre was an honorary choice. He was put at the helm of the U.S. squad because of his stature, not the compatibility of his managerial skills to the objective of the team. What Team USA needed was a tactician and motivator, but instead, they were given an ambassador.

A placid Torre sitting idly on the bench should not be the face of Team USA. His steady hand and calm demeanor are assets that prove valuable over a long 162 game season, but in a short tournament, the U.S. would have been better served by an adept strategist. Why wasn't Jeremy Affeldt used to face Canada's lefty-laden team? Did it make sense to keep bunting with a collection of All-Stars? Was the lineup arranged optimally and bench used wisely? And last night, why was Eric Hosmer allowed to face a lefty with the bases loaded when Jonathan Lucroy was available on the bench? These are just some of the head scratchers that left many wondering whether Team USA was actually trying to win or serving a different master.

In partial defense of Torre, his hands were probably tied by the 30 other managers and general managers throughout the game. If that's the case, MLB needs to ensure that its 30 franchises do not meddle in the affairs of the national teams that host their players. Participation in the WBC should not be contingent on playing time requirements and scheduled work days. Not only should players be free to join their national teams, but once they arrive, participation should only be encumbered by the many rules already designed to protect them. Although this issue impacts more than just Team USA, Torre, in particular, seemed beholden to promises. That's partly the fault of the teams who made the stipulations, but also the members of Team USA's management staff that agreed to them.

Improved roster selection, a more appropriate manager, and fewer restrictions from MLB teams should give the U.S. an improved chance at success in the WBC, but more buy-in from the players is needed as well. There's no way to legislate participation and passion, but once the team is selected (a decision that should take place much earlier than currently), preparation must be accelerated. In many cases, the U.S. is facing teams with players fresh off winter league seasons, so in order to catch up, it's not enough to maintain the same routine. Whether that involves a pre-tournament mini-camp, or the individual initiative of players, members of Team USA need to be ready by the beginning of March, not April.

Baseball's international profile is not explicably tied to the WBC. On the contrary, the tournament is more an off shoot of the sport's global expansion than a vehicle for dissemination. As a result, there is no impetus for MLB and USA Baseball to embrace the event, at least not as much as it should. In fact, it could be argued that the sport's worldwide profile benefits from the United States' relative indifference. After all, baseball's popularity in the U.S. is well established, so having other nations participate in the tournament's final rounds could wind up opening new doors. If that's really the underlying motivation for American interest in the WBC, then maybe USA Baseball should step away from the tournament altogether? However, I am not that cynical.

Although the WBC may have been conceived as a marketing gimmick, the tournament has quickly evolved into a legitimate international competition. Team USA may be one of the last teams to come to that realization, but it has no excuse going forward. If there's one lesson to takeaway from this year's WBC, it's there is no shame in losing, regardless of what name is written across your chest. The only embarrassment should be reserved for those whose effort is less than their best.