With two closely matched opponents finding great success this spring, which should be rewarded with the final spot in the Yankees' rotation?

Share All sharing options for: Battle for the Yankees' Fifth Starter: Ivan Nova vs. David Phelps

The Yankees are hopeful that Phil Hughes, who is scheduled to throw live batting practice on Thursday, will be able to open the regular season in the starting rotation. If so, the team will only get two more looks at both Ivan Nova and David Phelps to determine which of those two pitchers will fill the final spot in the rotation.

Thus far, both Nova and Phelps have pitched well enough to earn that final spot. Nova, who scattered four singles across four scoreless innings against a sub-heavy Rays lineup on Tuesday, has a matching 1.00 ERA and WHIP this spring with five strikeouts in nine innings against one walk and no home runs allowed. Phelps, who threw five scoreless frames against a much stronger Blue Jays lineup on Sunday, has allowed just one run in 14 innings, good for a 0.64 ERA and 0.93 WHIP, albeit with just six strikeouts against three walks. 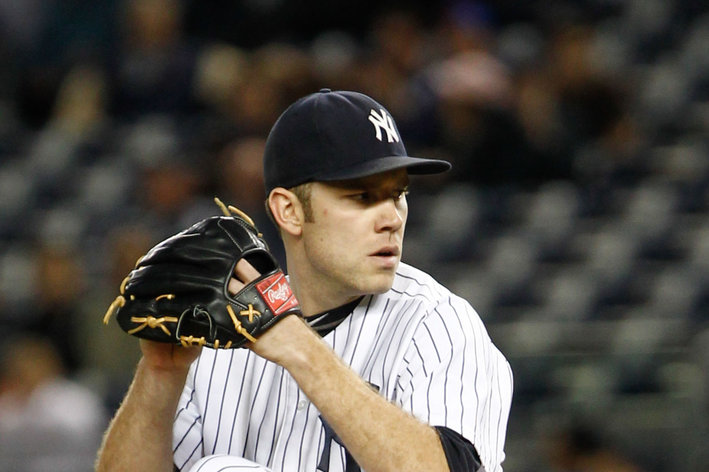 Can last year's successful long reliever beat out Ivan Nova for the fifth starter spot out of Spring Training?

Making roster decisions based on Spring Training performances is a sketchy practice to begin with, but pretending that the difference between those two performances is in anyway significant in terms of predicting regular season performance is downright laughable. A gap may yet emerge between Nova and Phelps in their two remaining starts (the first of which come this weekend with Phelps starting Saturday's away game and Nova starting Sunday), but if they stay on course, the Yankees will have to base their decision on something other than spring results. If that's the case, who should they pick?

Here's a quick tale of the tape on the two combatants:

All else being equal, you're going to favor the younger player, but that doesn't apply here as Nova and Phelps are just three months apart. That being the case, the tendency is to favor the more experienced player, though that cuts two ways. That Nova made his way to the majors by the age of 23 and has several times as much major league experience as Phelps, who made his debut last year at 25, suggests that he is, at least in terms of underlying talent, the superior player. However, it also means that Nova is two years closer to arbitration and free agency. Indeed, Nova will be arb-eligible after the coming season and has just four team-controlled years left compared to Phelps' six. If everything else really is equal, I'll take the player who I will control longer and will cost less in the near-term.

The question then becomes, is Nova really better? Outside of his experience, the only category above in which he has a clear advantage over Phelps is velocity. That speaks to the key difference between these two: style.

Nova is a power pitcher. He can spike his fastball into the upper 90s and is at his best when his curve is working as an effective out-pitch. His slider and changeup, however, are pitches that haven't fully rounded into form. The slider has evolved from the cutter he used to throw and has been inconsistent, and the change-up is merely a show-me pitch.

Phelps, by comparison, is more of a command-and-control pitcher with an average fastball and a deeper repertoire that he mixes more consistently to keep hitters off balance. His strikeout and walk rates from his rookie season belie that description somewhat, but in the minors he walked just two men per nine innings and struck out a roughly league-average 7.6 per nine.

Generally speaking, scouts don't get excited by average-sized right-handed starters who succeed by throwing a variety of average pitches for strikes and don't crack the majors until the age of 25. Give them a few more ticks on the radar gun, a taller frame, a plus breaking ball, and an earlier major league debut, however, and they'll start to listen. Of course, if the latter pitcher lacks a third pitch, they'll suggest you move him to the bullpen.

There are some caveats to the numbers above, the most obvious being Phelps' major league batting average on ball in play, which suggests he pitched in a fair amount of luck last year. Nova, meanwhile, dealt with rotator cuff inflammation down the stretch last year, which clearly had a negative impact on his performance and allowed Phelps to slip ahead of him on the depth chart heading into the playoffs. After his first 20 starts last season, Nova had a 4.08 ERA, but in eight starts thereafter he posted a 7.87 mark, which raised his season ERA almost a full run. In the middle of that later stretch he spent three weeks on the shelf due to the shoulder issue.

Again, that cuts both ways. The shoulder issue would seem to explain Nova's struggles, but it's also a shoulder issue. Nova has seemed healthy this spring, but he has thrown a grand total of 22 innings since returning from the disabled list with a five-month rest in the middle. Still, Nova also saw his strikeout rate jump up to 8.1 K/9 last year, silencing one of the louder criticisms of his strong rookie performance in 2011, and has shown a greater ability to induce ground balls than Phelps, though he's been inconsistent on that front as well.

Ultimately, I favor Nova in this comparison. Phelps may prove to be a more reliable fifth-starter in the short term, but Nova still has the potential to be something more. For a team that is starting to pinch pennies and could lose Andy Pettitte, Hiroki Kuroda, and Phil Hughes after this season due to some combination of retirement and free agency, continuing Nova's development in the hope that he could be a number-four or even three over his final four team-controlled seasons seems like the best use of the fifth-starter's spot this spring. Phelps will get his chances due to injury (possibly even Hughes') or poor performance, but he's not the sort of pitcher whose potential demands a starting opportunity. Nova won't develop into a front-line starter, but his potential impact is greater than Phelps'. Given the Yankees' downgrades on the other side of the ball, they need to make the up-side play on the mound, and that means keeping Ivan Nova in the rotation.