The Yankees have announced a slew of roster cuts after today's game. A total of eleven players (seven pitchers and four position player) were cut from big league camp.

Catching prospect Austin Romine was cut, seemingly bringing an end to the very thinly veiled catcher competition. At first it looked like there was going to be an open competition between Romine, Chris Stewart, and Francisco Cervelli, but Brian Cashman quickly, and unceremoniously, squelched the idea of Romine making the team. He preferred the guys who had no options so they could hold onto as many players as they could. The young catcher didn't impress, but never really got a real chance to do so, having only gotten two hits in eight at bats. Another catcher, JR Murphy, was also sent to minor league camp. He is probably the next catcher behind Romine in terms of experience, but he ended up getting more plate appearances.

Minor league first baseman Luke Murton was also cut, but he was less surprising, even with the opening at first base. He was in Trenton last year, but his minor league assignment will probably depend on where Dan Johnson ends up at the end of camp. Ramon Flores was cut as well, even after receiving a total of eleven at bats. The fact that he was given a longer look than Romine got is very strange. He was never going to make the team, but perhaps they wanted to get a good look at what they had before they sent him packing. 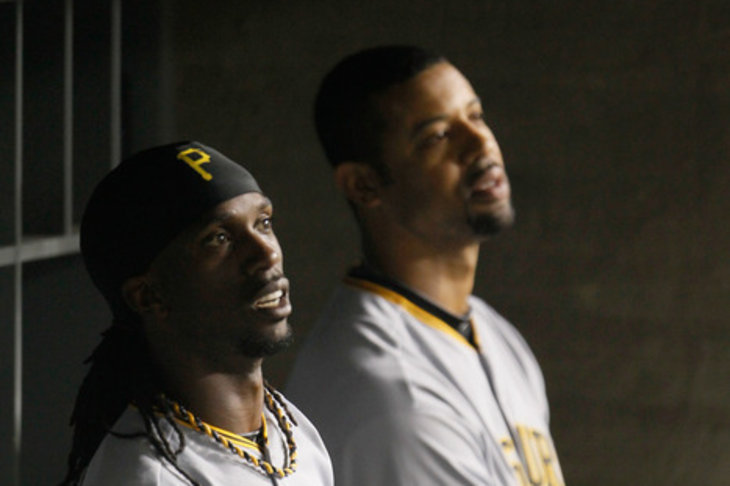 "Have you ever had the capacity to hit a little bit and play first base while not embarrassing yourself? Then maybe the Yankees are talking to you, too."

Starting pitchers Manny Banuelos, Dellin Betances, Brett Marshall, Nik Turley, and Jose Ramirez were all cut from camp as well. ManBan was expected, considering he won't be pitching this year and so was Betances, considering he's still terrible. Nik Turley being cut must mean that they found where he has been hiding because he hasn't been seen since his disastrous start at the beginning of spring.

Brett Marshall had a decent spring, but it was obvious that there was going to be no room for him on the team. He won't even be the first one called up because Adam Warren is still waiting around for his shot at a big league career. Jose Ramirez is probably the biggest bummer of this group of cuts because he's been so impressive I wanted to see more of him. He was not likely to make the roster, but it's always nice to see a young player come into Spring Training and impress everyone.

Righty reliever Chase Whitley was cut from camp, which is not much of a loss, but Francisco Rondon is. Now that both big league lefties, Boone Logan and Clay Rapada, aren't healthy, it looked like Rondon could find a way onto the roster as a replacement LOOGY. Cesar Cabral still has more rehab to go so they need an option for the here and now. It looks like any necessary replacements will come from Matt Tracy, Josh Spence and Juan Cedeno.

Now that the Yankees have signed Ben Francisco to compete for an outfield spot, it looks like more cuts could be coming soon. Adonis Garcia is out with a broken wrist, so Francisco will be up against Melky Mesa, Ronnier Mustelier, Thomas Neal, Juan Rivera, and Matt Diaz. Look for Slade Heathcott and Zoilo Almonte to be the next on the roster hit list.