The GM meetings start next week, where teams hammer out their offseason plans and begin getting ready for the 2014 season. As the Yankees go into Monday, they have been connected to a lot of different names, but now Jon Heyman is reporting a few more. According to sources, the Yankees are interested in Ubaldo Jimenez, Bronson Arroyo, Scott Feldman and Dan Haren. 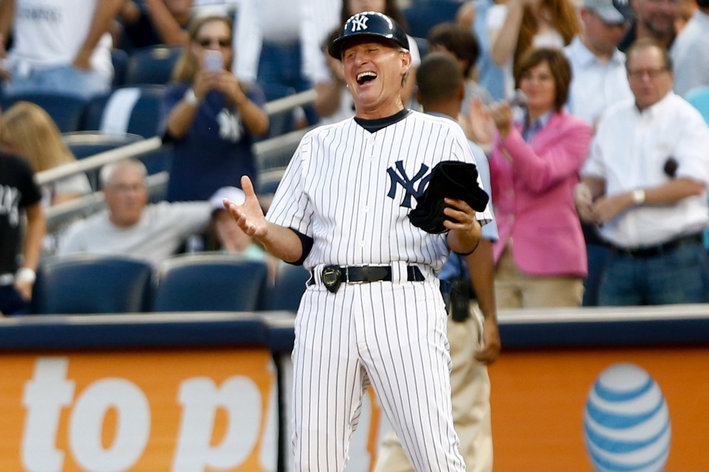 Mike Harkey, Mick Kelleher, Kevin Long, Tony Pena, Larry Rothschild, and Rob Thomson will all return in the same capacity they have served.

The Yankees have also been rumored to be looking into Shin-Soo Choo, Jacoby Ellsbury, Masahiro Tanaka, Brian McCann, Matt Garza, and Stephen Drew. However, they are not currently interested in Ervin Santana, who is eyeing a $100 million contract. Apparently they don't think he's a fit for New York. Whether that means he can't handle New York or is just not that good, is beside the point.

Choo, Ellsbury, McCann, Drew, and now Jimenez have all been extended the one-year qualifying offer of $14.1 million and will cost a first round draft pick from the signing team. For this reason, the Yankees will certainly eliminate Jimenez, Ellsbury, and perhaps Drew, and focus on Choo and McCann. Once the meetings get underway we'll have a better understanding on who they really value and who is just gossip.