Share All sharing options for: The Pinstripe Pulse, Edition 1: Offense

With many kudos to Amazin' Avenue's excellent "Player Performance Meter" series, it is my pleasure to announce another new feature for the site called "The Pinstripe Pulse." In it, we will try to give you guys an idea of how each player on the team did during the previous week. I use the performance measure as an estimate of what we can fairly expect of a player and how he's met these expectations in the previous week. We will do the offense and the pitching separately and begin the series with all the data from the Yankees' post-All-Star-Break performance. Technically, that's ten games of data rather than seven, but we weren't going to get the series started last week with just a few games to use. Also, we're just rebels. 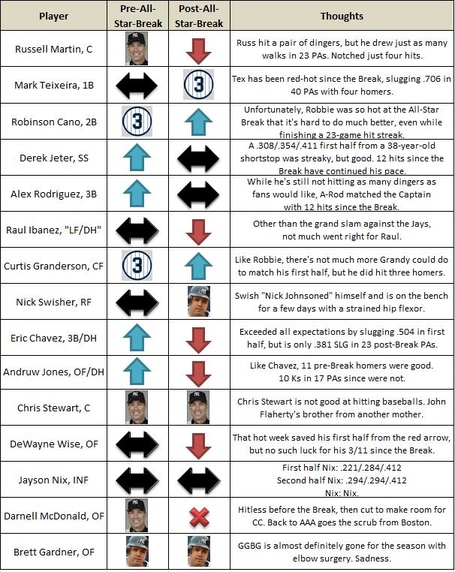