The New York Yankees and the Independent Variable

Share All sharing options for: The New York Yankees and the Independent Variable

"You make your own luck. Some people have bad luck all their lives." —Casey Stengel 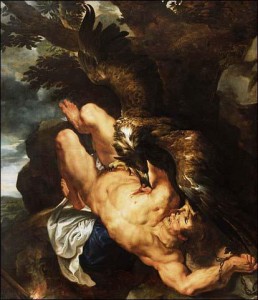 This has little to do with the struggles of the current Yankees team. I woke up with this thought in my head and I wanted to get it out on paper. From 1982, the year after the Yankees lost the World Series to the Los Angeles Dodgers, to 1993, the year their rebuilding began to pay off after the nadir of 1989-1991, the Yankees had:

When you spend years flailing at your chosen pursuit and you change everything around you, there is only one person left to point the finger at. As Aimee Mann sang, it’s not going to stop until you wise up. You’re the dependent variable. Things around you change, but if they don’t change you as well, you end up right where you started.

The Yankees’ owner was willing to change. I spoke briefly about this last year with Stick Michael. When George Steinbrenner returned from temporary exile in 1993 and saw that Michael had accomplished, he had a new willingness to follow the plan that his "Baseball People," as he always called them, had put in place. The team soon returned to the postseason after 14 years away, and subsequently won its first championship in 18 years.

Steinbrenner wasn’t above recidivism—we all backslide sometimes, our worst habits calling out to us, old patterns of thinking trying to write themselves back over all the progress we’ve made—but it’s hard to argue with the results the team has had since 1993.

Now the real trick: it’s almost impossible to change yourself. What we are is formed very early in life. I don’t know if I can do it. Maybe you don’t need to, but if you do, if something is not working, can you recognize your part in it and do what you must to fix it?