The Remarkable Resiliency of Rivera

Share All sharing options for: The Remarkable Resiliency of Rivera 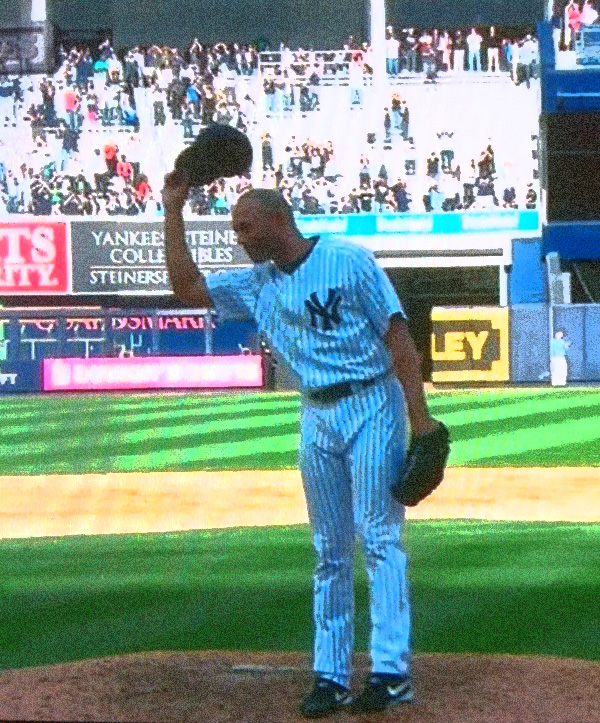 Like most Yankee fans, I spent a good deal of Thursday night traveling the Kübler-Ross five-stages-of-grief spectrum after hearing the news about Mariano Rivera, getting stuck somewhere in the rut between anger and single malt Scotch. Long ago, I joked to a friend that the Yankees could cope with season-ending injuries to many a star, even Derek Jeter, but if one happened to Rivera, that would be the season. "Put your head between your legs and kiss your ass goodbye," was my break-glass-in-emergency advice.

That's not particularly helpful at a time like this. Nor is it true, at least as far as the regular season goes. As Steve pointed out, the slice of innings which a closer pitches is a very narrow one, and any team should be able to replace a fallen one with another rather effective pitcher should the need arise. As remarkable as Rivera's numbers were, his conversion rate on saves wasn't a whole lot higher than the next guy's.

It is worth noting that this comes with two important caveats. First, between Joe Torre and Joe Girardi, the Yankees were lucky enough to have a pair of managers overseeing Rivera who were willing to deviate from orthodoxy enough to differentiate themselves and their closer. In an age of one-inning closers who uniformly started the ninth inning with a clean slate, Torre and Girardi were unafraid to deploy Rivera in the eighth inning when the situation merited it. The number of times which he pitched more than one inning to net a save dwarfs that of any other closer during his tenure:

Those are saves of at least four outs, from 1996 through 2012. Not including the bookends there (his season setting up for John Wetteland or the limited sample of this year), Rivera averaged 7.5 of these per year, and when he did, he kept things tidy, with a remarkable 0.78 ERA and just two homers allowed in 173.2 innings in those games.

Those numbers look very similar to the ones that constitute the second caveat: the postseason. With the real money on the table, against the best competition the game had to offer — other playoff teams, including seven World Series opponents — Rivera posted an 0.70 ERA in 141 innings, the equivalent of two seasons worth of his annual labor. Again he allowed just two homers in that span, along with 86 hits (5.5 per nine) and 21 walks (1.3 per nine) against 110 strikeouts, with a K/BB ratio of 5.24 — a ratio better than the career-best regular season marks of every other pitcher, including Rivera's own 4.04, which ranks fifth.

Rivera was the last man standing on the mound for four world championships (1998, 1999, 2000, and 2009). During that last run, he was the only one of the postseason tournament's eight closers who did not blow a save, who did not falter at least once. As I wrote upon the occasion of that last championship, he is arguably both the greatest reliever of all time and the greatest postseason performer. Again, his managers' willingness to use him for longer than an inning in such contexts was crucial; no less than 31 of Rivera's 42 postseason saves were of four outs or more. A very distant number two on that list is Goose Gossage with seven long saves, followed by Rollie Fingers and Dennis Eckersley with six; all three of those relievers are in the Hall of Fame, and all of a time when the game had only two rounds of postseason play. Of the five players tied for fifth at four, the only ones from the modern era of the one-inning closer are Brad Lidge and Jonathan Papelbon. Much of Rivera's lead owes to the perennial opportunities he's had to add to it, but again he's been remarkable under such circumstances, with an 0.34 ERA in 52.2 innings, a 41/3 K/BB ratio, and no homers allowed.

However, what I'll take from having watched and rooted for Rivera for the past two decades goes beyond those numbers and superlatives. As dominant as his postseason performance was, he did fail notably on a few occasions. In 1997, his first year as closer, he surrendered an eighth-inning solo homer to the Indians' Sandy Alomar Jr. in Game Four of the AL Division Series. Had he gotten five more outs, the Yankees would have closed out the series and advanced; instead, his failure forced a Game Five, which the Yankees narrowly lost. Smarting from that defeat, both Rivera and the team came back stronger than ever the next year, and reeled off a streak of three straight world championships.

They would have had a fourth in a row had Rivera not faltered again. In 2001, once attentions turned back to baseball in the wake of the September 11 tragedy, national sentiment for once favored the pinstripes, and after a topsy-turvy World Series that featured dramatic home runs in New York and cringeworthy blowouts in Arizona, Rivera found himself on the mound for the ninth inning of Game Seven with a one-run lead to protect. Thanks to a misfire here and a bad break there, the game slipped away, and the Yankees went down in defeat to the Diamondbacks.

It was a stunning upset, and in the context of the bigger picture — a smoldering hole in the ground, a city dotted with desperate missing persons flyers — a heartbreaking reminder that our collective desire for the world to be whole again, for it to make sense in the face of senselessness, was not enough to make it so. Yet even in the wake of disappointment, Rivera found the strength and resiliency to rebound and resume his greatness, and for the rest of us, life went on as well. It wasn't easy, but we survived and we healed, recovering the strength to find love and joy and meaning, both as we looked to baseball and to the world beyond.

Faced with the possibility that we may never see that incomparably graceful number 42 on the mound again, it is that knowledge in which we must take comfort. As sad as the circumstances may be given his injury, we will survive the departure of Mariano Rivera, the end of his fantastic career, and so will he. We will again find strength in his example of resiliency.

And one day, we will celebrate again. 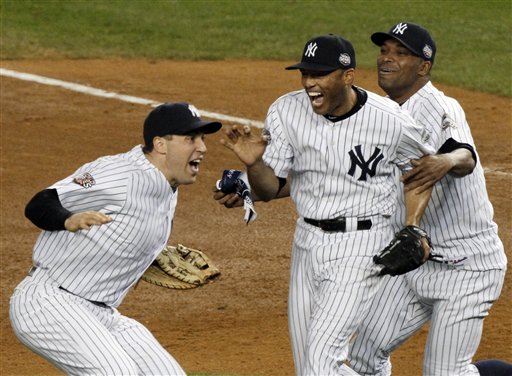