Tracking the Cash: Yankees at the Deadline, Part 2

Share All sharing options for: Tracking the Cash: Yankees at the Deadline, Part 2

Yesterday, we took a look at Brian Cashman's July trade history spanning his first year as Yankees GM in 1998 through the fateful 2004 season. Today, we take it to the present. 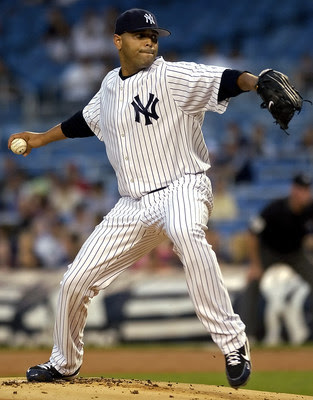 July 2: Traded Paul Quantrill to the San Diego Padres. Received Darrell May, Tim Redding, and cash. July 16: Received Al Leiter from the Florida Marlins as part of a conditional deal.

July 29: Received Joe Thurston from the Los Angeles Dodgers as part of a conditional deal.

July 31: Sent Buddy Groom to the Arizona Diamondbacks as part of a conditional deal.

The Yankees scrambled their way to the postseason in 2005, winning the AL East despite an unusually sluggish start.

One notable Cashman deal was a big reason for that. Chacon was a relative unknown when the Yankees acquired him from the Rockies in exchange for two minor leaguers on July 28.

Chacon had gone 2-16 over the past two seasons in Colorado, yet Cashman saw something in the right-hander. Chacon, using a bowling ball sinker, was a revelation out of the starting rotation, going 7-3 with a 2.85 ERA in 12 appearances (10 starts) for the Yankees.

Chacon, along with journeyman Aaron Small, formed an unlikely dynamic duo in the back of the rotation, combining to go 17-3 for a team in desperate need of pitching. 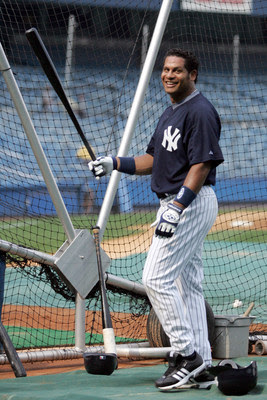 Much as David Justice revitalized the Yankees offense upon his arrival in 2000, Bobby Abreu brought similar results to the team six years later.

Abreu was the perfect fit for the Yankee lineup. A left-handed batter with pop and patience, he was an ideal player to be hitting in front of Alex Rodriguez.

Phobia of outfield walls aside, Abreu was everything the Yankees could have hoped him to be, batting .330 with seven homers, 42 RBI, 37 runs, 10 steals, and a gaudy .419 on-base percentage in 58 regular-season games.

Abreu went on to play two more full seasons in the Bronx, quietly producing all the way through his tenure before leaving for the Angels via free agency in 2009.

Chacon was quietly dealt away, injuries and inconsistency robbing him of the ability to match the success of a season earlier.

Lidle appeared in relief in Game 4 of the ALDS against the Tigers, getting hit hard in the game that eliminated the Yankees. He died in a Manhattan plane crash a week later. 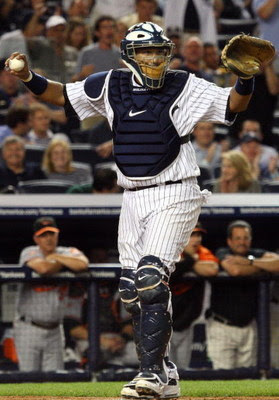 The acquisition of Molina was a particularly deft one by Cashman.

Molina was known as a defensive standout who worked with pitchers well. He possessed qualities that Jorge Posada lacked and vice versa, making them a good combination behind the plate.

Proctor was once a contributor out of the bullpen, but overuse by Joe Torre and a secret struggle with alcoholism led to his exit.

Betemit was of very little use to the Yankees, though they would later flip the strikeout-prone switch hitter for Nick Swisher, which has turned into one of Cashman's greatest deals.

The Yankees cut ties with Molina after the '09 season, handing his backup role to the emerging Francisco Cervelli. 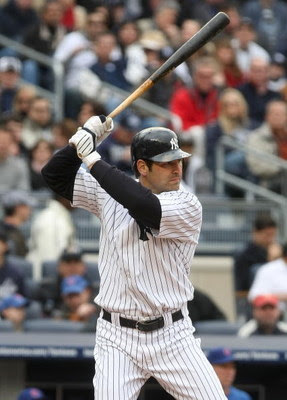 2008 was the first year the Yankees failed to qualify for the postseason in Cashman's tenure as general manager. It wasn't for lack of effort, as the GM attempted to repair a team loaded with holes at the deadline.

The big move involved the acquisition that brought Nady and Marte from the Pirates for prospects. Nady did give the team another presence in the lineup, but he blew out his elbow in April '09 and never played for the Yankees again.

Marte was a revelation in the 2009 postseason, stringing together eight scoreless appearances. Unfortunately, he now has a left shoulder only in theory. It's uncertain if Marte will pitch again.

Tabata made headlines shortly after the trade for a kidnapping case involving his daughter and insane cougar wife. He's now a regular for the Pirates.

Ohlendorf had a promising 2009 campaign with the Pirates, but has since dropped off the grid.

The disposal of Farnsworth was a necessary move; the erratic right-hander had long since worn out his welcome. Fourteen-time All-Star Rodriguez was supposed to help offset the loss of an injured Posada, but Pudge was a shell of his former self in pinstripes, batting just .219 with three RBI in 33 games. The Yankees were thought to be smack in the middle of the Roy Halladay trade talks that swirled around baseball leading up to the '09 deadline, but Halladay eventually stayed in Toronto.

Cashman was smart enough to know he had a loaded team that needed more of a tweak than an overhaul.

Enter Hairston, a versatile player who could spell A-Rod at third base and also provide depth in the outfield. Hairston batted .237 (with a .352 OBP) in 93 plate appearances during the regular season, but he earned a small place in Yankee lore in the playoffs, when he singled and eventually scored on a throwing error to end Game 2 of the ALCS against the Angels.

Cashman elected not to re-sign Hairston in the offseason, inserting the younger, cheaper Ramiro Pena into the same role.

Hinske was picked up to add depth and some pop off the bench, and he did that, smacking seven homers in 74 regular season at-bats. He was used sparingly in the postseason and signed with the Braves in the offseason. Cashman pulled the trigger on multiple deals on deadline day, attempting to fortify a Yankees team looking to repeat.

The results were mixed. Kearns was largely invisible, hitting .235 with two homers and seven RBI in 106 at-bats. The Yankees had no problem cutting ties when the season was done.

Wood was brought aboard to do what Joba Chamberlain could not -- build a stable bridge to Mariano Rivera. The one-time Cubs phenom seemed like a risky play at the time, but he quickly became a trusted piece of Joe Girardi's bullpen.

Wood struck out 31 over 26 innings and allowed just two runs in 24 appearances, a stunning turnaround from the 6.30 ERA he pitched to as closer for the Indians.

He wasn't quite as untouchable in the postseason (two runs over eight innings), but on balance ranks among Cashman's best deadline acquisitions.

Berkman is an MVP candidate in St. Louis this season, which is hard to believe if you remember his time as a bumbling, overweight 1B/DH during his three-month stay in the Bronx.

Acquired to add pop to the lineup, Berkman hit exactly one home run in 123 plate appearances in the regular season. To his credit, Berkman came alive somewhat in the playoffs, going deep in the ALDS against the Twins and driving in four runs in 16 at-bats.

It gave Yankees fans a fleeting glimpse of what Fat Elvis once was, and improbably, what he would soon be again.

Dan Hanzus is a regular contributor to Pinstripe Alley. He can be reached at dhanzus@gmail.com or on Twitter @danhanzus.