New York Yankees News and Notes: Should Montero be the back-up?

Share All sharing options for: New York Yankees News and Notes: Should Montero be the back-up?

As Manager Joe Girardi discussed (Jesus) Montero’s future on Wednesday, he offered indications that Montero will be Russell Martin’s backup.

Right. That makes so much sense. You take your top hitting prospect, who supposedly needs seasoning behind the dish in the minors, and park his rear on the pine in the majors. But wait:

"Look at what they (the Giants) did with Buster Posey," said Girardi.

Yeah, look what they did. They kept him in the minors for two months while less-talented players stayed on the roster, and then used their prized catching prospect as a first baseman in 26 of his first 30 games. That could explain why the Giants were 41-40 with a firm grip on 4th place halfway through the season.

At least the Giants delayed Posey's arbitration clock, something the Yankees won't accomplish with Montero under this plan. Let's hope that Girardi gets overruled by Cashman or the Steinbrothers. Montero shouldn't be in the majors if he's not going to start at least four days a week between catcher and DH. 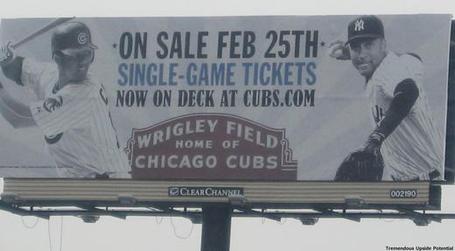