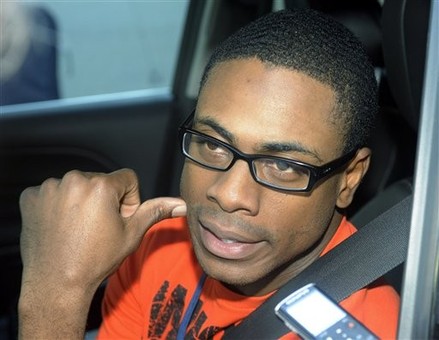 Why is no one writing any fanposts anymore?

So I'm going to amuse Barndon and perhaps anyone else interested with brief, one-line comments on everyone who played a game for the Yankees in 2011. I will also rank them from least valuable to most valuable. My determination of value for this ranking is how the Yankees would have been affected if the player's contributions were removed from the 2011 Yankees. This post is solely my opinion, so if you disagree (or agree), comment away! If you feel nothing, feel free to just sit there and continue munching on your Animal Crackers.

49. Pedro Feliciano/Damaso Marte (DLers)- STOP SPENDING MONEY ON LEFTY RELIEVERS. THIS IS WHY WE CAN'T HAVE NICE THINGS.

48. Scott Proctor (RP)- Oh why, oh why did Joe continue to run you out there when it was so evident that your right arm is schiza?

47. Sergio Mitre (RP)- Would be ranked last if his injury did not prove him valuable by not pitching.

46. Amauri Sanit (RP)- I look forward to your future employers' confused faces when they see that you put "professional baseball player for the New York Yankees" on your resume.

45. Gustavo Molina (C)- Not even a member of the real Molina catching family; his only hit made me lol.

41. Jeff Marquez (RP)- I think the Yankees were just trolling the White Sox by pitching this mop, who was reacquired after originally being sent to Chicago in the Nick Swisher trade.

40. Dellin Betances (RP/SP)- Thanks for the cup of coffee, Dellin. Hope to see you soon!

39. Buddy Carlyle (RP)- What is it with this team and their obsession with mops?!?! Sucks to suck, Buddy.

38. George Kontos (RP)- Might actually have a future. Unmemorable though.

37. Ramiro Pena (INF)- I mean, I know he's not any good but wow. Not even his fielding looked passable this year.

33. Raul Valdes (RP)- Not herrendous as a second lefty... could've made the playoff roster in another universe. Better than Royce Ring anyway.

31. Brian Gordon (SP)- The Yankees' answer to the Red Sox nearly trading for Bruce Chen to make a start. Except this actually happened. For two starts. Only Yankees pitcher to reach base this year though!

30. Austin Romine (C)- ! This kid might be okay behind the dish but unless he learns to hit at ALL in AAA, he'll never be anything more than a backup.

29. Chris Dickerson (OF)- Your fifth outfielder for the 2011 Yankees. His nickname is feared above all others... though he sucks and is definitely a backup, even on the Brockton Rox.

28. Eduardo Nunez (SS/3B)- Needs serious work on defense. Was good as a fill-in for Jeter but hit a cold streak backing up A-Rod.

27. Joba Chamberlain (RP)- Sad to see ya this low too, buddy. He looked so good before getting hurt. Then Old Hoss Radbourn laughed at him for getting surgery with no obvious injury.

26. Francisco Cervelli (C)- If he's on the Opening Day roster and Baby Jesus is not in 2012... some bitch is gettin' cut (lookin' at you Mr. "I was also a no-hit catcher" Girardi). I'm done with Cervelli as the backup.

25. Jorge Posada (DH)- Frankly, it's generous that Jorge's going near the top half of this list considering his negative WAR and how ridiculously awful he was for most of the year. I might DFA myself for this. But we'll always have this last, great memory.

24. Jesus Montero (C/DH)- Looking forward to seeing you way higher on this list next year, o chosen one. Put up 0.6 WAR in only 18 games. Have fun with these highlights.

23. Eric Chavez (3B/1B)- He can still pick it at third base, but I would pass on bring back Brittle Boy here- not much offense left. Sad that he was once projected to be better than all of the Giambi/Tejada crew in Oakland.

22. Luis Ayala (RP)- His 2.09 ERA kinda makes me barf. Possibly the most deceiving stat of all Yankees players. Please do not bring back Lucky Luis... he's due for bad shit next year.

21. Phil Hughes (SP/RP)- So frustrating and inconsistent. Please bounce back. Doesn't look like he'll ever be the #1 starter once projected. Sad face.

20. Cory Wade (RP)- Benefited greatly from a very generous 91.2% LOB%, though he did show a bit better stuff than Luis. No problems bringing him back. Yet.

19. Hector Noesi (RP/SP)- Got shafted by the Scranton/NY express this year. Underused and definitely better than scrubs like Ayala. Could be the next Nova?

18. Rafael Soriano (RP)- Thanks, Hank and Randy. I mean, I was mad about the signing, but I figured he would at least pitch and do it well. We didn't get anything consistent until late in the year.

17. A.J. Burnett (SP)- Welp. Two years to go. If he can pitch anything like September A.J. for even a few months of 2012, I'll be pleased. Isn't that sad considering he's making more than any non-centaur/CC/Texes out there?

16. Boone Logan (RP)- Got a little bit better as the season progressed, but the Yankees could still do a lot better as far as LOOGYs go.

15. Alex Rodriguez (3B)- I'm a little surprised he ended up this low (he was 4th on the team in WAR), but frankly it's not very helpful when you post career-low numbers, miss 60 games, and have no power upon returning from the DL. Bounce back in '12, please?

14. Andruw Jones (OF)- Yeah, I'm arguing that Jones was more valuable than A-Rod. He was a threat off the bench all season, and was probably the Yanks' best bench player since... Shane Spencer maybe?

13. Russell Martin (C)- If his offense had been anything remotely close to his April, he'd be much higher. If Girardi can actually rest him for more games next year (and not run him down in May), I bet he'll be much better.

12. Derek Jeter (SS)- Cap'n's season was way better after his return from the DL, but he truly was 4-3ter in an awful first half. Defense ain't getting any better either. They should sign Andrus/Castro, do u agre.

11. Bartolo Colon (SP)- Actually the second most valuable Yanks pitcher according to WAR, but that's mostly from his unbelievable first half. Sadly, the daily muliple Big Macs from the Macca's near the Stadium finally caught up to him. That or fatigue from not having pitched so many innings since 2005. I know what I'm going with.

10. Nick Swisher (RF)- Kind of a down year from Swish after we were spoiled by back-to-back stellar years in '09 & '10. It'd be dumb to ditch him though, he still led all starters in OBP.

9. Freddy Garcia (SP)- I still don't know how he did it. Don't know that the smoke and mirrors act will continue in 2012, but I guess we'll see.

8. Ivan Nova (SP)- Supanova was awesome down the stretch, and I think he'll be in rotation for years to come. That being said, there's a reason the organization didn't seem extraordinarily bummed to send him down at one point to make room in the rotation.

7. Mark Teixeira (1B)- It takes some suckiness in other areas to hit 39 bombs and still only be seventh on this list. How he got a seventh place vote for freakin' AL MVP is beyond me. He's gotten wayyyy too pull-happy for a $23 mil player. Have a nice chat with Baby Jesus about how to go oppo.

6. Mariano Rivera (RP)- Simply the greatest and still arguably the best closer in baseball, Happy Feet be damned. Another year, another 40 saves, ERA/FIP around 2.00. Barring any Posadian disasters, I hope 2012 isn't the end for Mo. 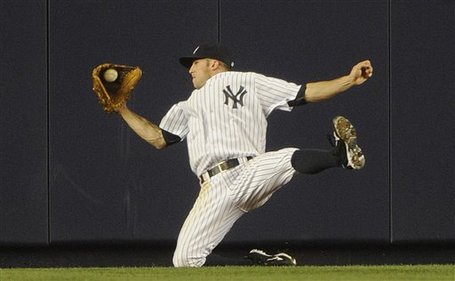 The true winner of every Gold Glove award ever. GGBG won another Fielding Bible award this year, and his defense was as great as ever. Arguably the true most valuable Yankee if not only because they're only paying him $500,000 (note: professional sports is the only area where making $500,000 is not much). 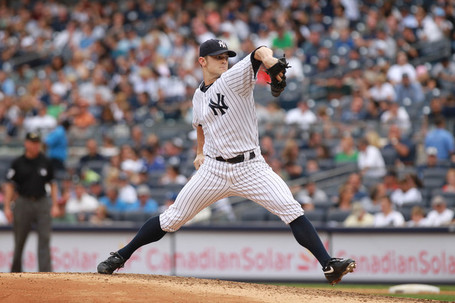 Unreal and unsustainable numbers in 2011. Only gave up one homer all year, struck out 13.5/9, and 100 total, the first Yankees reliever to do so since Mo in '96. It can be hard to argue that someone who only participated in 4.57% of all innings played by the Yanks this year can be fourth most valuable, but when you are as ridiculous as 2011 D-Rob, it's possible. 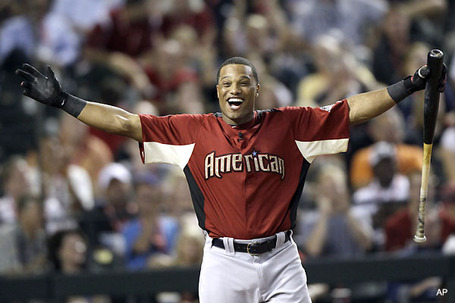 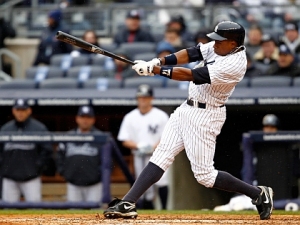 I was so happy to see Granderson break through for a career year and silence all the so-called "fans" who complained about the Granderson/IPK/AJax swap without giving Curtis much of a chance. 41 bombs and 215 MVP vote points later, Curtis was the best position player on the team in 2011. If we get 80% of his 2011 in 2012, I'll be happy. 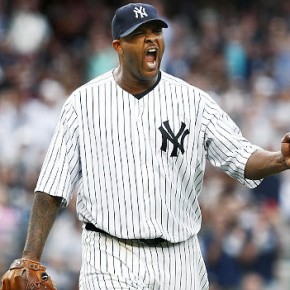 Yep, a starting pitcher was the most valuable player for the 2011 Yankees. Take CC out of the rotation, and what do you have? A non-playoff team. Cheeseburger Consumer's stats were actually a lot closer to Cy & AL MVP winner Justin Verlander's than the BBWAA would think. But whatever, bitches ain't shit as a certain doctor might say. This was CC's best year in pinstripes, and they needed him to do that to achieve the success they sought. I will continue to maintain that if the rain hadn't screwed up the ALDS, the Yankees would have won in 4 games. I'll sign up for CC's 2009-2011 in 2012-2014, please.