Nova, We Never Really Knew Each Other Anyway

Share All sharing options for: Nova, We Never Really Knew Each Other Anyway 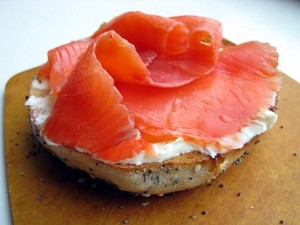 The theory I’ve been operating under when it comes to Ivan Nova is that he’s as much a mystery to the Yankees as he was to opposing batters in the second half. His post-exile 8-0, 3.18 ERA record was built on control and some light ground-ball induction, with a strikeout rate that was well below average for an American League starter. Sure, he won 16 games despite being farmed out in July, but in terms of performance statistics on which we can hang a projection for his future, or even an assessment stronger than "Weird!" on the recent past, it was a very soft season.

In the 1976, the Orioles had a 25-year-old starter named Wayne Garland. That year, Garland went 20-7 with a 2.67 ERA and finished in the top 10 in the Cy Young Award voting. The thing was, Garland only struck out 4.4 batters per nine and had good defensive support. That winter, in the first mad flush of free agency, the Indians signed Garland to a ten-year contract. In 1977, he went 13-19, and that was pretty much it for his arm. He won a total of 28 games in an Indians uniform, and was gone from the Indians five years before his contract ran out. I’m not saying that Nova and Garland are necessarily equivalent, but the warning signs are there.

Generally when something should stop, it does stop, like the economy or my premarital love-life. Baseball player performances that are unmotivated by actual talent or skill soon shimmer, fade, and are gone. This is the way the world works. In the seething soup that is our existence, sometimes a hero gets tossed to the top of the pile for no good reason other than the churn threw him there, and there he remains for awhile, a blind tightrope walker unaware of just how fortunate he is.

Nova has fine stuff. His fastball averaged 92.6 miles per hour this season. Yet, he lacks a swing-and-miss offering, and unless he proves to be a very unusual pitcher, this will inevitably make his performances much more of a rollercoaster ride than they were this season. His postseason performance is likely a preview of things to come.

I would never, never urge the Yankees to trade a young pitcher, particularly not with the amorphous state of the starting rotation as it stands now, but in an alternate universe in which the Yankees were flush with rotation candidates, I would be shouting, "Trade him while he’s hot!" from the parapet of the tallest building in town. The Yankees aren’t in a position to gamble with Nova, so they will have to gamble on him.

All this is my way of saying, yes, Nova finished a distant fourth in the American League Rookie of the Year balloting but it’s, y’know, okay—this is not a decision that is going to look like a miscarriage of justice a few years from now. As the Cole Porter song goes, it was great fun, but it was just one of those things.