Pujols and Holland in Pinstriped Company

Share All sharing options for: Pujols and Holland in Pinstriped Company 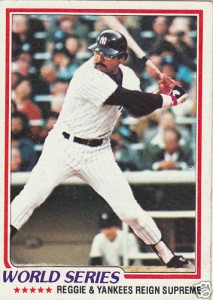 Games Three and Four of the World Series games could hardly have been any more different. Saturday night's slugfest, won 16-7 by the Cardinals, featured a record-setting offensive performance by Albert Pujols, who became the third player to hit three home runs in a World Series game and racked up a Series-high 14 total bases before it was all said and done. Sunday's affair featured a two-hit combined shutout by the Rangers' Derek Holland en route to a 4-0 victory that evened the World Series at two games apiece.

Anytime a player steps into the World Series record book, there's a strong chance he's joining some pinstriped company; after all, the Yankees have played in 40 Fall Classics and won 27 of them. Pujols and Holland were no exceptions. The former joined Babe Ruth and Reggie Jackson in the three-homer club; the Bambino did it twice, a fact I had actually forgotten until the historical comparisons were broken out:

Since intentional walks didn't become an official statistic until 1955, they don't show whether Ruth got any free passes, but with Lou Gehrig batting behind him, it seems less likely (my cursory search of books and web could find no mention). In the 1926 game, Ruth homered his first two plate appearances off Cardinals starter Flint Rhem before drawing a walk from Art Reinhart with first base open in the fifth inning; it was one of four Reinhart issued in a five-batter span. He homered again in his next at-bat against Hi Bell, and drew a leadoff walk from Bill Hallahan in his other trip to the plate. In the 1928 game, Ruth grounded into a double play in his first plate appearance against Bill Sherdel before homering off him to lead off the fourth; the pattern repeated with another groundout and then another homer off Sherdel in the seventh inning. By the time Ruth came up in the eighth, Grover Cleveland Alexander was on in relief; he served up two homers in that inning, one to late-inning replacement Cedric Durst and one to Ruth. Jackson, of course, famously homered on his final three plate appearances against Burt Hooton, Elias Sosa and Charlie Hough, each of them on the first pitch of the encounter. Pujols had already gone 2-for-3 by the time he started hitting homers; his first came off Alexi Ogando in the sixth inning, his second off Michael Gonzalez in the seventh inning, and his final one of Darren Oliver in the ninth.

With his 14 total bases, Pujols topped Jackson and Ruth, whose totals of 12 had stood as the previous record. The six RBI tied him with the Yankees' Bobby Richardson, in Game Three of the 1960 World Series against the Pirates (a 10-0 rout), and Hideki Matsui in Game Six of the 2009 Series against the Phillies (a 7-3 clinching victory that helped him win MVP honors). His four runs tied nine other players, including Jackson and Ruth (1926) as well as Earle Combs in 1932 against the Cubs and Frankie Crosetti in 1936 against the Giants. The Cro scored four times in the Bronx Bombers' still-standing record 18-run outburst against the Giants in Game Two; the Cardinals' 16-run total tied for second all-time. Furthermore, the Cards' 16-run falloff from Game Three to Game Four tied those 1936 Yankees, who mustered just two runs the next day, though they did win.

As for Holland, he didn't rewrite the record books to the same extent, but he did put his name next to some notable Yankees from the recent past. The last time an AL lefty threw more than eight innings of shutout ball in a World Series game was Andy Pettite's sterling Game Five performance against the Braves in 1996. The last time a team combined to limit an opponent to two hits, as Holland and closer Neftali Feliz did was in the opener of the 1999 World Series against the Braves, when Orlando Hernandez, Jeff Nelson, Mike Stanton and Mariano Rivera limited Atlanta to just two hits, though El Duque's was a home run to Chipper Jones.

Back to Pujols, his home runs turned the page on his Game Two error and his post-game press conference no-show, which not only brought about a candy bar comparison — "the only candy bar that you open up and it refuses to speak to the media,"quipped Steve via Twitter — but brought to mind my new favorite Jackson quote: "When you have the bat in your hand, you can always change the story." I'm still searching for the origin those words, but they were in my mind because last week, WFAN's Sweeny Murti harkened back to Brian Cashman invoking them when he renewed his contract in 2008. I led with that line for my Baseball Prospectus writeup of the game.

The Bambino isn't around to toast Pujols, but Jackson wasn't shy about sharing a brief moment in the spotlight, placing a congratulatory phone call to the Cardinals' slugger and fielding interview requests about the performance. He was magnanimous, though:

"It truly is an honor for me," Jackson told the Post-Dispatch on Sunday morning from his home in Carmel, Calif. "It makes it a little more special for me. Nobody understands how great Ruth was. It was too long ago, a different game. Ruth hit more homers than most teams. This makes it relative for today's fan. When it's Pujols, who is the undisputed best in the game, it shows how special it is."

Though I grew up a Dodgers fan, Jackson towered over my childhood understanding of baseball; I don't remember his three-homer game, but I did watch at least some of that World Series, and was well familiar with the players of both teams thanks to my ability to read a box score by the time they squared off the following year, when I was eight. That season brought about what had been my favorite Reggie quote, one that I clearly remember my father reading to me. On the occasion of the Yankees overcoming the Red Sox 14-game midsummer lead, Jackson noted, "It's where you are when the leaves turn brown, not when they are green." Not until a few years ago, when TIME put its archives online, was I able to source the quote accurately; Jackson actually said it after the Yankees had caught Boston with a couple of weeks still remaining in the season, before Bucky Dent's famous homer. Nonetheless, it has applications far beyond that particular race. Like so much of Jackson's sage wisdom, both quotes are really for all seasons.