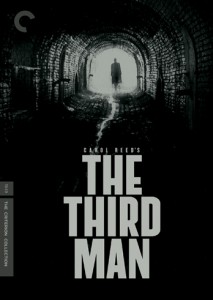 The identity of the Yankees' third starter for the Division Series remains an unsettled — and unsettling — mystery.

Tuesday night was as crazy as this season has seen. With both leagues' Wild Card races still up for grabs on the penultimate day of the regular season, no less than four games carried playoff implications. I spent the night glued to four different devices (TV running MLB.tv, second TV showing YES, iPhone running MLB At-Bat, and laptop on MLB Gameday), monitoring the Yankees-Rays, Red Sox-Orioles, Phillies-Braves and Cardinals-Astros, and tried to document the action as it unfolded for Baseball Prospectus. "A Night With Team Entropy," it's called. Rooting for chaos rather than pledging allegiance to a single team is what it means. More is more when it comes to do-or-die baseball.

Because the Rays and Red Sox kept pace with each other while the Braves tanked and the Cardinals rallied, we go into the final day of the season with ties in both Wild Card races, and the potential for an unprecedented two Game 163 play-ins. With some help from yours truly inputting prospective lineups, our Playoff Odds at BP suggest an 81 percent chance we'll have one such game, and a 32 percent chance of having two of 'em. As such, none of the four first-round matchups is set, and the permutations are dizzying. Chaos indeed.

The Yankees have home-field advantage through the first two rounds, and right now, they're on track to face the 94-win Tigers while the 95-win Rangers would face either the Red Sox or Rays. However, if the Tigers beat the Indians and the Rangers lose to the Angels in the season's final game, Detroit would hold the tiebreaker over Texas by dint of a better head-to-head record, and would face the Wild Card while the Rangers would draw the Yankees. From a matchup standpoint, that's probably the preferable one, because the Yanks have hit lefties better than they've hit righties (.261/.344/.466 vs .267/.344/.420), and the Rangers are loaded with southpaw starters in C.J. Wilson, Derek Holland, and Matt Harrison, of whom at least two will start in the Division Series.

Even with Joe Girardi leaning towards starting CC Sabathia on three days' rest in Game Four of the Division Series, the identity of the Yankees' third starter is up in the air. Texas and Detroit are both righty-heavy lineups who nonetheless rank among the league's best offenses against righties; the Rangers rank second in the league with a 794 OPS (.282/.337/.457) while the Tigers are fourth (.273/.335/.428). None of the three candidates has exactly burned down the barn lately, no matter how you slice it:

I've used FIP — which relies upon strikeout, walk, home run and hit-by-pitch rates — as a shorthand way of distilling each pitcher's peripherals. By far the most disconcerting thing about all three is their home run rates. Burnett's at 1.8 per nine in the second half, and 1.9 even in his otherwise semi-resurgent September. The other two are at 1.2 for the second half, with Sweaty Freddy at 2.9 (!) in September and Big Bad Bart at 1.3. Yargh.

That's not a lot to hang onto beyond a bunch of selective endpoints and small sample sizes. Suffice it to say that there's no obvious choice, which will make the Yankee brass' task all the harder in the next 48 hours as they come to a decision once their opponent is clear. Me, I'd probably choose anyone but Burnett, because I think the variance between good and bad with him is so much greater that it scares me away, but I can't deny that he's shown more upside in September than the other two put together. Which is something, but not a whole lot.