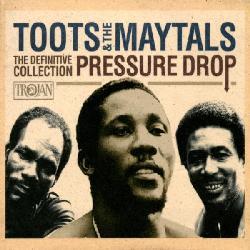 The past weekend found the Yankees involved in a few big stories. Their four-game losing streak was their second-longest of the season. Their lineup and bullpen looked particularly threadbare due to minor injuries and fatigue, and Joe Girardi's managing around that took on some head-scratching choices that contributed to those losses. Their catching situation took a few unexpected turns. They joined forces with the Angels to participate in a stirring 9/11 tribute that helped keep some of those things in perspective. For a team whose playoff spot is more or less sewn up, they certainly are living in interesting times.

The four-game skid was their longest since their season-high six-game slide from May 11-16, and just the second time they've lost more than three in a row all season. Fortunately, it coincided with Boston's five-game losing streak, so with Sunday's victory, the Yankees actually gained a game in the standings. If that seems paltry, consider that they've gained FIVE games in the standings since the calendar flipped to September, going from a game and a half behind Boston to a season-high three and a half ahead. While they could have created an even bigger cushion between themselves and the Red Sox, there's exactly nothing to kvetch about on that front without sounding spoiled and infantile.

The injuries are of more concern. Alex Rodriguez has again been shut down with the reaggravation of his sprained thumb and will miss another three or four games; he still has pain when making contact, which is ominous. Fortunately, between Eric Chavez and Eduardo Nunez, the Yankees have a competent backup tandem that held down the fort nicely during his knee injury; they won't match a healthy A-Rod's production, of course, but their presence should afford him the time to rest and get healthy. The games over the next three weeks matter far less than the playoffs, and they need him in top form then.

Meanwhile, Nick Swisher is dealing with elbow inflammation and Andruw Jones has a left knee full of fluid, which led to the bizarre sight of Nunez playing right field on Saturday instead of Chris Dickerson or Greg Golson, both on the expanded roster; he had just one inning of professional experience there prior, that back in the 15th inning of an epic game against the Orioles on May 18, the night Hector Noesi debuted. Turning Nunez into a superutilityman who can play the outfield isn't the worst idea ever, but it's something that should be undertaken during spring training, not September. Better to get Dickerson a few at-bats as he's still battling for a postseason roster spot, and again, letting the more key players heal is the priority.

Nowhere have the injuries created an even more bizarre situation than at catcher; in a four-game span, no less than five different players donned the tools of ignorance, none of them Girardi:

• Francisco Cervelli took some hard hits in Thursday's loss to the Orioles, and left the team over the weekend because he's dealing with concussion-like symptoms, a scary thought given his history; that's why he has worn that oversized batting helmet in the past, although this season he has gotten away from it.

• Russell Martin suffered a bruised right thumb on Saturday night and had to leave the ballgame, which given Cervelli's unavailability led to the return of the prodigal catcher. Jorge Posada donned the gear in a game situation for the first time since last October, making a stirring entry in the third inning that began with him gunning down Howie Kendrick attempting to steal second; that was the only time the Angels' baserunners challenged him.

• The Yankees had the option of moving Jesus Montero from designated hitter to catcher instead of calling upon Posada, and Montero went so far as to suit up while the team evaluated Martin's ability to throw the ball back to the mound. That switch would have forced CC Sabathia to bat, and while the big man is a pretty great hitter for a pitcher (.250/.257/.370 career), his 30-pitch first inning already foreshadowed an early exit.

• After we've waited all season for the future of Yankee catching to arrive, it piled upon us in an avalanche, as both Montero and Austin Romine made their big league catching debuts during Sunday's game. Montero started on and held down the fort; the Angels went 2-for-3 against him in stolen bases, and starter Freddy Garcia threw a run-scoring wild pitch in the third inning. Girardi and Garcia both complimented his work, with the manager noting the degree of difficulty: "There’s balls going every which direction when you catch Freddy. Some splitters are going to go straight down, some are going to left and some are going to go right. I thought he did a good job. To be thrown into that situation against an aggressive ballclub after losing two games, I thought he did a nice job."

• As solid as his work was, Girardi still pulled Montero in favor of the more defensively sound Romine, who made his major league debut with a seventh-inning entry and yielded a two-out stolen base to Bobby Abreu; he didn't get a throw off because he was screened by Torii Hunter. He didn't get to bat, either.

Thanks to rainouts and reschedulings, the Yankees are in the midst of a stretch in which they'll play their final 33 games in a 32-day stretch, with September 15 their only remaining off day; the Hurricane Irene fuss was all about them losing that September 8 breather and extending a nine-game, three-city road trip into a 10-game, four-city one. They're at the midpoint right now; of the 16 games they've played thus far, six have been decided by one run, and another four by two runs. Based upon their previous rate of playing games decided by two runs or less — 58 of their first 129, prior to this trudge — that's three more close ones than expected, in a stretch without off days, with more than half of those games on the road.

Hence Girardi's concern about overusing his A-list relievers. In the 13-games-in-12-days stretch prior to the Angels series, Boone Logan had made eight appearances, Rafael Soriano seven, David Robertson, Cory Wade, and Mariano Rivera six apiece. Those are burnout paces over the course of a full season, ones that should be reserved for when the money's really on the table. Logan has admitted he's going through a dead-arm period, and the others except for Robertson have dealt with arm troubles at some point in their recent pasts. The Yankees need all of them in top form when the playoffs start, so easing up on the throttle, particularly with a lack of off days, is an inevitability. What's frustrating is that it would be nice to see the Yankees give new arrivals Andrew Brackman, Dellin Betances and George Kontos some exposure, as one of them might show enough to worm his way onto the postseason roster. Instead, that trio has combined for 1.1 innings (all Kontos during Saturday garbage time) and we've got the Scott Proctopocalypse and Aaron Laffeymatters to contend with.

In the grand scheme, though, that's small beer. The Yankees are in better position than they've been at any time this season, and with just over two weeks to go in the regular season, that has to count for something. The postseason is going to be tense enough, and we'd all be advised to keep our blood pressures in check until then.