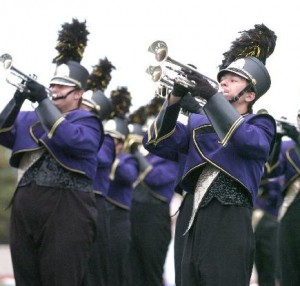 I’m still absorbing the idea of having CC Sabathia cram 128 pitches into six innings in a game that was in no way a must win as an acceptable strategy—it’s one thing to throw 128 pitches in nine innings, another to squeeze them into two-thirds the space, and I would hate to see the myth of Sabathia’s durability and physical imperviousness to harm founder on something as meaningless as who plays the Tigers in the first round—but at least the Yankees are finally going to do something about their dead-duck designated hitter position. The average DH is hitting .266/.341/.428 this year. Yankees’ DHs are hitting .243/.328/.425, which is actually not far off the mark, a big change from the collective’s year-long spell at the bottom of the league. Still, Jorge Posada’s little, inadequate August surge (.260/.315/.480) is too little too late, and Andruw Jones’ stellar second half (.345/.463/.764, seven home runs in 55 at-bats) is inherently limited because he’s restricted to hitting against southpaws—you could argue that Joe Girardi hasn’t given him enough trigger time against righties to prove that he can no longer hit them, but he’s looked bad enough against them that you really wouldn’t want to test the proposition, and if that doesn’t do it for you, then we have a history going back to 2007: Jones has hit only .206/.292/.401 against righties over the last five seasons.

And thus (trumpets sound: tarantara!) is Jesus Montero finally to be recalled from the minors when rosters expand tomorrow, and apparently will play. The lad has hit .288/.348/.467 in 109 games at Triple-A Scranton, whacking 18 home runs in the process. In two seasons there, he has hit .289/.351/.493 overall. In 39 games since the break he has hit .286/.352/.558 with a nifty 11 home runs in 147 at-bats, and most crucially, has banged around southpaws for .328/.392/.647 rates. Given Brett Gardner’s numbers against lefties (.244/.337/.289 this year, .247/.347/.325 career), Montero could stake himself a position as the every-day DH with a strong September, pushing Jones to left field and Gardner into a platoon/defensive substitute role when a portsider pitches. I use the words "defensive substitute" pointedly--Girardi has shown in past postseasons, when he felt obligated to start Jose Molina, that he was able to get an offensive liability out of the game as soon as was possible; there is no reason he couldn't make the same kinds of exchanges with a defensive liability in Jones and a likely Gold Glover in Gardner.

The Yankees should arguably have tried this approach weeks ago, if not sooner; it has been apparent that Posada was floundering for a long time. They had nothing to lose by trying this solution, but by waiting until rosters expand, they have avoided the nasty business of releasing Posada. This sentimental decision comes at the cost of playing a tighter race with the Red Sox than they might otherwise have had to. The same is true of their long procrastination in yanking A.J. Burnett from the starting rotation. The upside of doing so is pretty much unlimited, but the consequences are difficult, so water is treaded until it has been churned into the salty butter that serves as a condiment for needless losses. And yes, that last is a knowingly miserable metaphor, but if this be bad writing, at least it is no worse than the kind of pitching that has been tolerated in the name of a misbegotten contract.