What Do the Yankees Really Need to Trade For, Anyway?

Share All sharing options for: What Do the Yankees Really Need to Trade For, Anyway?

The non-waiver trade deadline barrels towards us. You can boil the Yankees’ greatest needs down to three areas: 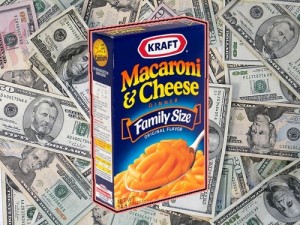 It's not what's for dinner.

Starting Rotation: The Yankees have three reliable starters in CC Sabathia, Bartolo Colon, and Freddy Garcia, but the last two can’t be taken for granted for reasons of health and manner of performance, respectively. Colon has already pitched more innings than in any season since 2005 and has already been hurt once. It would be nice to think that he can make another 12 starts and then roll through the playoffs, but it’s not a sure thing. Meanwhile, Garcia’s peripherals suggest that he might not be quite as effective against a tough playoff lineup—some of those fly balls are going to find the fences. Phil Hughes and A.J. Burnett are lost in different parts of the desert and while either one might find their way out at any time, it’s not necessarily something a team should bet on if it wants to get out of the first round of the playoffs.

The question here should not be, "Can the Yankees get a better pitcher than Ivan Nova," but "Can they get a better pitcher than Ivan Nova and Hector Noesi and the top three starts at Scranton?" Sometimes I take my children out to dinner and they want to order macaroni and cheese off the children’s menu. Said mac is not made in the restaurant but is 99-percent certain to be Kraft Dinner out of a box. Cost to me at home, were I to choose to feed that to my children, $1.50 for the box. Cost at the chain restaurant: $7.50. I put a stop to that in a hurry—most people who rob you have the good taste to use a gun, and they don’t fling "sodium phosphate, calcium phosphate, yellow 5, and yellow 6" at you when doing it. The Yankees, were they to go out of the organization for less than a #1- or #2-level starter, which is to say Cliff Lee in 2010, they would be doing the equivalent of paying $7.50 in prospects for something they could have at home for free.

The biggest question in acquiring a starter is not who do you give up and who do you get, but who do you replace? Hughes is obviously a candidate, but there is no room in the bullpen (as we will see in a moment), so it would be back to Scranton. Realistically, though, A.J. Burnett should be on the list as well, but his contract protects him. It shouldn’t; the money is gone either way.

The Bullpen: It’s not essential that Joe Girardi gets more help as the bullpen has been largely effective. Arguably what they really require is a downsizing. The 12th man in the bullpen just doesn’t pitch very often for this team. Add up Lance Pendleton, Buddy Carlyle, Amauri Sanit, Sergio Mitre, Jeff Marquez, Kevin Whelan, and current invisible man Steve Garrison, and you get 32 games, a record of 0-1 with no saves, 39.2 innings, 30 runs. You redistribute those innings to Noesi, Boone Logan, Luis Ayala, Cory Wade, and eventually, the returning Rafael Soriano, and that’s eight additional innings each, surely not enough to break any of them.

There has been much talk of the Yankees acquiring a second lefty, but that’s a foolish idea. It should be either Boone Logan or someone better, but not Logan and. First, if you add a lefty, the roster either becomes constipated with 13 pitchers or an effective righty gets pushed out the door. Second, all the second lefty would allow Girardi to do is play counterproductive matchup games that don’t work often enough to be useful. Managers cannot control matchups on defense. You want a weapon against David Ortiz in a postseason game, get a good lefty and stick him in the pen. Any other player who has a weak enough platoon factor to be vulnerable to a LOOGY is going to get pinch-hit for with some Jonny Gomes type and then—congratulations—you’ve given the opposing manager a matchup he’s been looking to get. Lefty specialists are as much a trap for their operators as for their opponents, equivalent to deploying mustard gas on day when the winds might change.

Designated Hitter: The Yankees don’t have the worst production at designated hitter of any team in the American League, but they do have the worst of any contender except the Angels, and the Angels’ DHs (primarily Bobby Abreu) have got them licked in the all-important OB{ category. Yankees designated hitters have hit .229/.308/.399 to date. Ironically, they are tied for the second-most home runs from the position, but they have done so little when not hitting the ball out of the park that they represent a huge net negative. They could park almost any hitter they might acquire this side of Cesar Izturis in the spot and get better production.

Right now, the Yankees seem to have moved towards a rotation at the position, starting Jorge Posada just twice in the last seven games. The rotation isn’t a bad thing so long as the position players you are replacing on the field are comparable to the DH you are displacing. For example, today Nick Swisher is the DH, so that puts Andruw Jones in the outfield. Jones is hitting .256/.341/.513 against left-handers, and tonight’s starter happens to be left-handed, so you can be satisfied with that move. Conversely, when Robinson Cano was the DH on Saturday, that had the effect of replacing him with Brandon Laird, a rookie with immense problems controlling the strike zone (that Laird has walked twice in nine major-league plate appearances is a shocker). Laird has some limited upside, but he’s still not exactly the same as having an Ortiz, Michael Young, Travis Hafner, or even Billy Butler.

The good news about trying to trade for a designated hitter is that everybody fits. Position isn’t an obstacle. The bad news is that you can easily overpay for someone of limited ability, like a Jim Thome or a Jason Giambi. Far more intriguing would be the rare deal that nets a young player who could play a key position at some point in the future and force the creation of a DH rotation that is all positive. For example, should—and this is spectacularly hypothetical and unlikely, but stay with me—should Brian Cashman suddenly evince an interest in Colby Rasmus and somehow outbid Kenny Williams, the Yankees would have a 24-year-old left-handed hitter who hit .276/.361/.498 last year while playing center field. That move would give you a DH through the outfield rotation it would force, plus make the club younger at the same time.

This is likely a pipe dream, and an expensive one at that. A Josh Willingham, a solid hiter until this year who has never played in a good hitter’s park, would come more cheaply given that he’s 32 and a free-agent-to-be, and in terms of short-term reward, he might be enough. In 12 games since coming off the disabled list after a strained Achilles tendon, the vet has hit .289/.377/.533 and drawn six walks. The right-hander is also a career .261/.376/.488 hitter against left-handed pitching.