Freddy Garcia's Castle on a Cloud

Share All sharing options for: Freddy Garcia's Castle on a Cloud 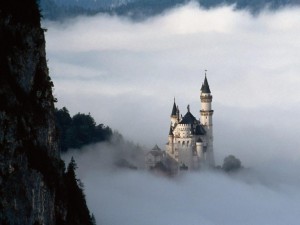 I come off as Mr. Cynical, Captain Pessimism, and Flash Curmudgeon rolled into one, I know that. It’s just that I have a need to know the why of things before I embrace them.

If you park- and league-adjust Freddy Garcia’s ERA, he now ranks 12th in the American League. Yet, if you look at the way he’s pitched, it’s clear that he and the Yankees have benefitted from some lucky bounces—Garcia should probably have an ERA in the low 4.00s. What is especially curious to me is his home run rate, tied with his career low for a full season—this despite pitching half his innings in generous Yankee Stadium. He’s given up 1.3 home runs per nine in the Bronx, 0.3 per nine away from home, and that latter figure seems unlikely to last. Garcia is a fly ball pitcher, fly ball pitchers give up home runs, and Garcia’s home run-per-fly ball rate has dropped like a stone. It’s far less likely that he’s found a way to make gravity grab his fly balls faster than it is a random occurrence that will reverse itself whenever nature gets bored of it.

I’ve enjoyed what Garcia has done for the Yankees this year, but his current ERA is his first under 4.00 since 2005 and the lowest of any season if his career but for his league-leading 3.05 ERA in 2001. There is nothing predictive of this season in his record; it’s like finding a disco song in the Beatles catalog.

Pitchers are highly volatile—just last night I was writing about a pitcher named Tex Carleton, who was the worst pitcher in the majors in 1938, spent a year in the minors, and came back up in 1940 and was not only perfectly serviceable, he threw a no-hitter—but when something is happening you would like to see a reason for it before you decide to invest in it as real. I could offer to sell you a house on a cloud, tell you that yes, there’s a foundation there, truly—you just can’t see it because it’s beneath all that vapor. You might believe me, but you’d better keep your fingers crossed that I told the truth, because one day the winds will change, the clouds will blow away, and then what’s holding up your living room—bricks and mortar, or wishful thinking?