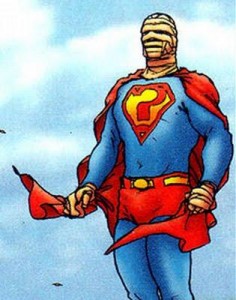 When I was a young lad following the Yankees in the mid-to-late 1980s, they would periodically call up some random lefty to fill out the back of the bullpen or take a spot start. I'm thinking in particular of Alfonso Pulido and the wonderfully-named Hipolito Pena. In my memory, these guys sat around at Triple-A Columbus for the better part of the decade, waiting to get the odd cup of coffee once or twice a year. In reality, they came and went far more quickly, but what they had in common with Steve Garrison was that, in addition to being developed outside of the organization (both game in deals with the Pirates), their minor-league production didn't exactly clamor to have them up--Pulido was no prospect, as his major-league results show (how the heck do you allow 2.3 home runs per nine innings in 1986?*), while Pena had good strikeout rates but no control. They were longshots to ever establish themselves, and they didn't. Garrison arrives in the majors having compiled a 6.26 ERA despite pitching for Trenton, a team with a ballpark that hugs pitchers close to its frigid, windblown bosom.

I'm not sure where you find a ballpark's bosom. Near the food court, I guess. Metaphors can be a dangerous thing.

I'm sure there's a good reason for Garrison's being knocked around New Jersey that doesn't have anything to do with pitching badly if the Yankees called him up (he said with uncharacteristic optimism), but right now he's a very curious addition and a good bet to go down in history as part of the Pulido-Pena pile.

*The answer is, among other things, you go up against the Orioles and allow Juan Beniquez, a hitter who hit six home runs all season and 79 in his career, to swat three in a single game. Pulido allowed two of them, Brian Fisher the other.