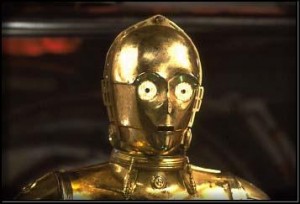 "There'll be no escape for the Princess this time."

What can you say about a game like last night's? Yankees pitching didn't allow any home runs. They didn't walk the ballpark. The defense had a bad night, which is not to excuse the pitching but to say that the loss didn't have a single father. When you have a starting pitcher who is well enough to pitch but not to pitch well, when the balls fall in, and fall in, and fall in (and fall in), but don't leave the park, it becomes apparent that a team can have days like the rest of us do: it would have been better to turn call in sick, turn off the alarm, roll over and go back to sleep. All I can say is this: thank Heaven that Greg Golson was on the roster, because without his moral support the game might really have been a disaster.

And hooray for Sergio Mitre!

The real takeaway, if there is any worthwhile thought to put in the doggie-bag, is that Bartolo Colon's comeback was a beautiful little bubble that was balanced on the tip of a pin. There was a reason he had to come back: he was old, out of shape, had been ridden hard and put away dead. He was always the tiniest tweak away from losing it, and just as his comeback was a sucker bet--a longshot that came in--a second comeback is even less likely. I can't wait to see if he can pull off another miracle return, but I've also got my fingers in front of my eyes. Suddenly it's clear why the Yankees are looking for more starting pitching.

...Where they are looking for it, that's a different story.