Yakety Yak on a Yankee Tack

Share All sharing options for: Yakety Yak on a Yankee Tack 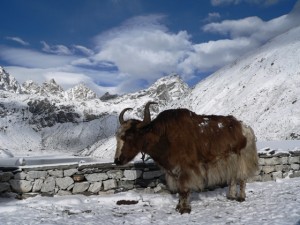 The vast majority of sports talk radio shows feature blowhards shouting their listeners and each other down while they rip the local manager and slumping star over last night's loss. I know that listeners appreciate it when hosts and guests go a bit deeper with their analysis than, "This guy's a bum! Fire/Trade him!" so I rarely pass up a media opportunity. This season, I've taken to scheduling all of my recurring radio hits on what I call "Do Shut Up Wednesday," as I talk baseball with some smart folks in the Baltimore, Toledo and El Paso markets. The nice thing is that anyone with an internet connection can tune in and hear a streamed broadcast, and some of the stations even archive the 10-20 minute hits, at least temporarily. The content varies between regional and national stories, and there's some overlap from show to show, but if you want to tune in, I can promise you that I strive to deliver something that's a cut above the usual, just as I do here and at Baseball Prospectus.

In the wake of this weekend's drama, I've got a couple of bigger appearances to add to this week's batch. This morning I did a video chat with Hardball Talk's Craig Calcaterra, discussing the Yankees, the post-Posada fallout, and how the order of events affects our perception of the AL East race. You can see it here. I spent a good deal of time talking about the AL East with WNST Baltimore's Rex Snider, which you can hear here; we run at 2:30 Eastern every week. Toledo's 106.5 "The Ticket" doesn't currently archive, but you can stream the broadcast at 4:15 Eastern. El Paso's KROD (no Mets jokes, please) streams here at 6:20 Eastern, and they've just started archiving as well. Finally, I did a spot on the Baseball Prospectus "Up and In" podcast's 1-year anniversary episode, speaking to Kevin Goldstein and Jason Parks; you can download that one here.