This blew my mind. In the process of trying to find a good photo of Andy Pettitte showing his number 46 for my previous post on the Yankees' retired numbers, I stumbled upon this: 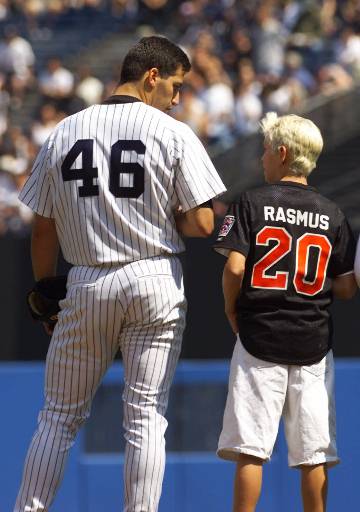 That's a photograph from Sunday, August 29, 1999 of Andy Pettitte and a member of the Phenix, Alabama Little League team that lost the Little League World Series Championship the day before. The young man's name: Colby Rasmus. Yes, that Colby Rasmus. Rasmus turned 13 just a few weeks before the above photo was taken. Eleven year's later, he looks like this: 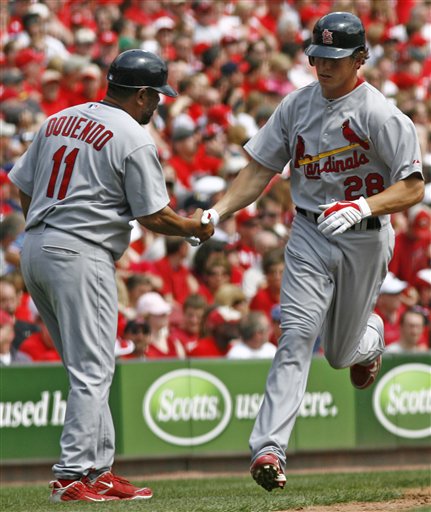 Rasmus was drafted out of high school with the Cardinals' first round pick in 2005 (a compensation pick from the Red Sox after Boston signed Edgar Renteria), and the photo above really helps drive home just how young the prospects that we spend so much time drooling over and debating really are. Rasmus is 13 in the top photo, was drafted at 18, and reached the major leagues at 22. He's a kid, which is worth remembering when one reads about him butting heads with his 66-year-old manager or when discussing the development of his skills.

Pitchers and catchers report on Monday, and among their number will be most of the Yankees' top prospects including Jesus Montero (21), Dellin Betances (22), Manny Banuelos (19), and Austin Romine (22). Banuelos is just six years removed from being Rasmus's age in the top photo. Catching prospect Gary Sanchez, who is often discussed as being Montero plus defense, is a year younger than Banuelos. Heck, even Phil Hughes is barely a month older than Rasmus and would have looked equally puny next to Pettitte as a 13-year-old in 1999. Professional baseball is often described as grown men playing a child's game, but it's worth remembering that many of those men aren't that far removed from childhood itself.