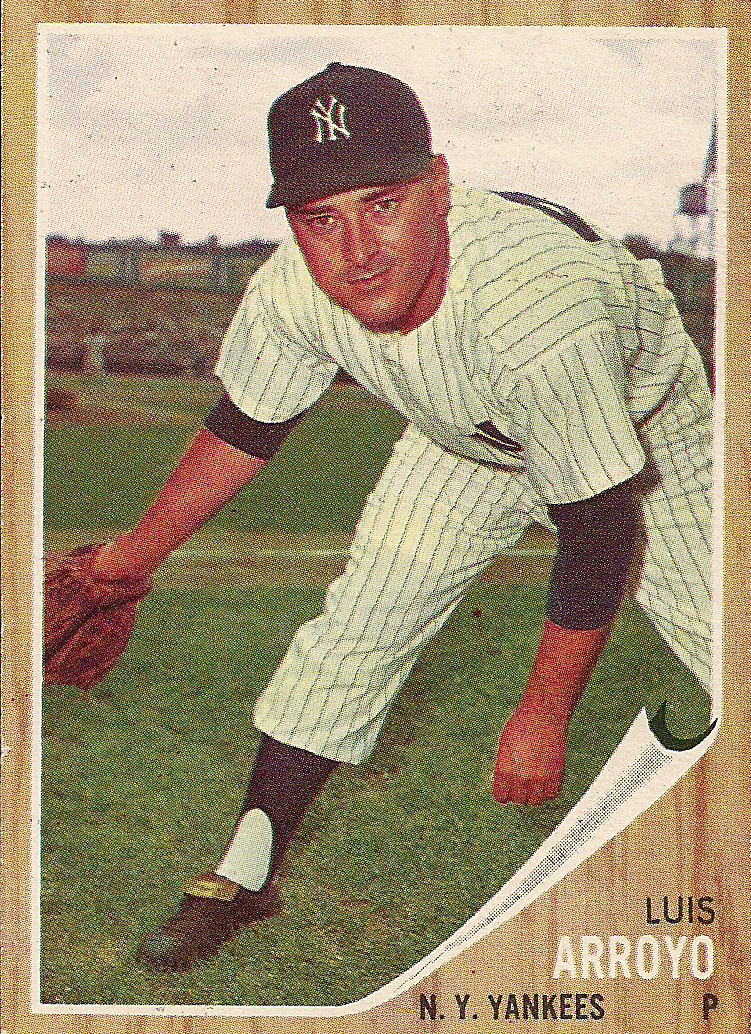 Luis Ayala is not Luis Arroyo, but judging by his 1962 Topps card, Luis Arroyo might have been Francisco Cervelli.

The Yankees still haven't announced their non-roster invitees, so while the names we know are trickling into camp down in Tampa, we're left to clutch at the random minor league signings that are being announced or reported. The latest of those is Luis Ayala.

Luis Ayala. Hmmm. Luis Ayala. Righty reliever Tim Layana was the Yankees' third-round draft pick in 1986, was lost to the Reds in the 1989 Rule 5 draft, had a solid rookie campaign at age 26, then drifted away. Luis Arroyo was a short Puerto Rican lefty who came out of nowhere to become the relief ace of the legendary 1961 World Champions at age 34, then was finished at 36. Neither of them was Luis Ayala.

Luis Ayala, is a 33-year-old righty reliever from Mexico who had three strong seasons for the Natspos prior to having Tommy John surgery in March 2006. He missed that entire season and hasn't really been the same since. Prior to the surgery, Ayala posted a 2.75 ERA in 214 relief appearances thanks in part to excellent control (his 1.6 walks per nine innings produced a handsome 3.55 K/BB despite a below-average strikeout rate). Since returning, he has posted a 5.01 ERA in 163 relief appearances for four teams while walking 2.8 men per nine innings, not a lot, but enough to make him thoroughly unexceptional. Last year, he went to camp with the Dodgers, but failed to make the team, instead taking a tour of the Pacific Coast League that saw him pitch in Albuquerque (Dodgers), Reno (Diamondbacks), and Colorado Springs (Rockies). Along the way, he posted a 6.42 ERA, 3.4 BB/9, and managed to pick up 10 losses in just 36 relief outings.

His injury history lists "gunshot wound." You don't see that very often. Turns out a stray bullet grazed his non-throwing arm during a hunting trip during the offseason three years ago. It did some nerve damage, but didn't delay the start of his season. That sums up Luis Ayala pretty well: even when he gets shot it's uninteresting and irrelevant. Eddie Waitkus got shot and inspired The Natural. Luis Ayala barely inspired a sympathy card.