Share All sharing options for: Come-Here Pitchers are Better Than Comeback Pitchers

The Yankees had to try, I get that. You need some kind of fallback position, insurance, in case things don’t work out, and sometimes you can sew a staff together out of random bits of reputation you found strewn about the league. No one thinks much about the 1980 Yankees because they were swept out of the ALCS by the Kansas City Royals and the manager awkwardly canned, but insofar as the regular season goes, the unit was one of the best in Yankees history. Only 19 teams in franchise history have won 100 games, and the 1980 club was one of them. In fact, it won 103, which ties it for the seventh-most victories the team has ever had. 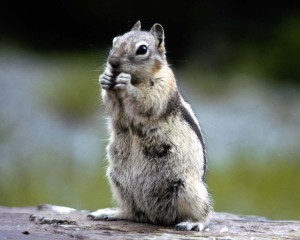 This post isn’t really about them, but the 2011 Yankees, so I’m not going to describe every aspect of the team. Rather, let’s concentrate on this single aspect: for a great staff, it had a singularly weird pitching staff. The group was the oldest in the league. It’s most valuable pitcher was actually a swingman, lefty Rudy May, 35, who started 17 games, relieved in another 24, and having piled up 175.1 innings, led the league in ERA. May had been a useful pitcher for years, but he had never been that good before and never would be again. Similarly, the entire staff was a patchwork of lefty aces in their prime (Tommy John and Ron Guidry) and all-time greats who were making their way out of the league: Luis Tiant (39), Gaylord Perry (41), and Jim Kaat (41) all pitched for the Yankees that year. The Yankees also half-heartedly tried a couple of kids, Mike Griffin (who never got established) and Tim Lollar (who did, though not with them). There was also another starter, lefty Tom Underwood, who was 26, young for the Yankees, but he was actually a six-year veteran. Behind them, Goose Gossage and Ron Davis did their best to keep the games short and largely succeeded.

It wasn’t a staff that was designed, and it probably shouldn’t have worked, but somehow, when combined with a strong offense and an average defense, it all came together. By the time it’s all over, the 2011 staff may look something like the 1980 version, but at this stage we can’t say if it will all work or not.

You know how the starting rotation looks like a jazz band called CC and the Question Marks? The latest attempt to replace a ? with a ! is Freddy Garcia, a comeback candidate who last pitched both healthily and well in 2006. Since then, he’s put together a 4.81 ERA in 286 innings and a strikeout rate that’s down to 5.1 per nine. I say "comeback candidate" guardedly, because as I sit here scratching the cat and trying to bring examples to mind, I can’t locate too many 36-year-old pitchers who crawl back onto the horse and deliver a quality performance in a starring role. That goes double for Bartolo Colon, who won a Cy Young Award (in a year in which the voters confused leading the league in wins with leading the league in quality) and then vanished in a cloud of cellulite, an appropriately zaftig 5.18 ERA accumulated over four seasons of poor health accompanying him out of the league after the 2009 season.

The best you can say of these pitchers is that in the past they conquered heights that Sergio Mitre has only seen in picture books. The worst you can say is that not only will they likely not work out, but that they seem spectacularly ill-suited to the Yankee Stadium environment; both are fly-balling right-handers who don’t get many strikeouts at this stage of their careers. Notify Mr. DeMille: David Ortiz is ready for his close-up.

Again, I understand that Brian Cashman didn’t feel comfortable going into the season in which the back of the rotation is composed of Ivan Nova and some other 23-year-old from his stack of Æthelred the Unreadys—or, Heaven forfend, Mitre—just because I think it will work out, but as a result of his various fallbacks, refurbs, and insurance policies, spring training promises to be extremely interesting. This is true not only because, for the first time in years, there are going to be multiple competitions going on, but because those competitions are a double-edged sword. If Colon and Garcia pitch well in Tampa, it probably doesn’t mean much of anything—as variable as pitchers are, this particular group is unlikely to sustain anything special.

Even if they can sustain something un-special, what are you really accomplishing for the organization? Last year, Garcia showed that he could win 12 games while not pitching particularly well because he got some of the best run support in the league. The Yankees can give him that, can bail him out of a 4.50 or 4.75 ERA, but why would they when they have numerous kids who can likely do the same thing? If a Garcia wins 18 games but with a 4.65 ERA while prospects continue to pitch well in the minors, that’s not a success, but it’s a failure, because a year from now, Garcia’s health, age, and luck will have caught up with him, and the team will still need to break in those youngsters, who will be a year older, a year less experienced, and a year closer to injury.

Insurance policies are understandable. Everyone needs them—automobile drivers, home owners, builders of pitching staffs. The real challenge though, will be avoiding the use of that policy at all costs, even when to do so might seem attractive. The Yankees did the right thing, but it would be a mistake to settle.