In Praise of Rob Neyer (Down With Entropy)

Share All sharing options for: In Praise of Rob Neyer (Down With Entropy) 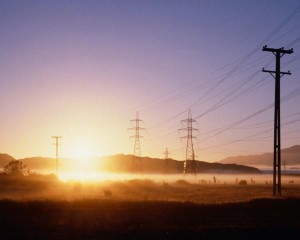 Cliff, Jay, and I wanted to say a few words about the passing of Rob Neyer from ESPN. While I am certain that Neyer will soon surface in a new venue, perhaps as soon as tomorrow, his time with the boys from Bristol was important enough to each of our careers that we can't let the moment go by without honoring the man.

More than anyone else, Neyer showed that there was an audience hungry for truth-seeking, no-bull baseball commentary on the web. Bill James, his mentor, had shown that in the world of books, but it was left to Neyer to establish the same for a new media.

In late 1998, I had written a few things here and there, but I was still feeling my way as a fulltime writer (kids: do not try this at home). I had written a few things about baseball, each with hints of the same sabermetrically-inspired understanding that animated Neyer's pieces. One of my editors had taken up a position with a new company that hoped to create an empire of baseball sites. He wanted me to be their featured columnist. This is the exchange that started my career:

He: I want you to be our Rob Neyer.

Me: I can't do that, but I can be your Steven Goldman, and hopefully that will be good enough.

And so it was. In early 1999, on one of their sites, the precursor to the Pinstriped Bible was born. If not for Neyer, I don't think what I was trying to do would have been recognized as something that was desirable. He opened that door and I was able to push through it without even paying my dues in mom’s basement. Without him, I would have spent 10 years in cubicle hell instead of making a living writing about our great game.

Subsequently, Neyer took up my work in his column, doing me a second, more direct and knowing favor. In recent years I have had the fortune to get to know and spend some time with Mr. Neyer, and he is as friendly and generous as you might have guessed from reading his many columns. Again, this is not a goodbye, as I have every reason to believe that Neyer will be back in harness immediately, but a world in which Neyer and ESPN.com are not linked seems wrong given how perfect and influential the pairing—the sports network with the greatest reach and a columnist with the ability to popularize for the masses a subject that had previously been obscure and cultish.

CLIFF: I started reading about baseball on the internet soon after landing my first full-time job out of college. That was 1999. The first writer I became a devoted follower of was Steven Goldman. The second was Rob Neyer. I devoured their writing, and just as I was becoming desperate for more, in late 2002 or early 2003, Neyer provided a link in one of his columns to a blog called Bronx Banter. That was my gateway to discovering Alex Belth, Jay Jaffe, and the burgeoning baseball blogosphere. In less than a year, I had started my own blog. Roughly seven and a half years later, I am a regular contributor to SI.com, a co-author of six Baseball Prospectus books, the former co-author of Bronx Banter, and now a co-author of the Pinstriped Bible with Steve and Jay (and in Baseball Prospectus 2007, an editor of Neyer's). I quit that day job in July 2007, and for the first time in 2010 I made the majority of my money by writing about baseball. In 2011, I hope it will be my sole occupation. There are many people who have helped me along the way, to whom I an endlessly indebted, Steve and Alex principal among them, but I can't overlook the importance of Neyer opening that door to me and who knows how many other baseball writers, to say nothing of his influence as a writer and analyst. That generosity of spirit, using his position on ESPN to drive readership to the blogs, which surely played a large part in the success of Bronx Banter and others, speaks extremely well of Neyer, whom I've never met in person, but who remains an important figure in my life and my work and to whom I wish nothing but the greatest success in his future endeavors, whatever or wherever they might be.

JAY: As I wrote back in early December when the good news about my gaining entry to the BBWAA came my way, the baseball blogosphere owes a tremendous debt to Rob Neyer. When he began writing at ESPN in 1996, the Internet—to which most of us were attached via dial-up modems—was a relatively new medium, and something of a Wild West in terms of baseball content. His columns at ESPN helped bring the teachings of Bill James (for whom he was once an assistant) to a new audience, or in my case, an old audience that had sort of forgotten about James since he stopped publishing the annual Baseball Abstracts; in any case, it was a wider audience than the niche for which James had written, because the barrier to entry was so much lower than an $8 or $10 book.

Neyer's work would go onto become one of the main drivers of just about every early baseball blog that sprung up, mine included. Reading him inspired me to start The Futility Infielder, pointed me in the direction of Baseball Prospectus, and spurred hundreds if not thousands of questions that I and other bloggers used as a jumping-off point for our own inquiries. Topics such as the value of measuring players by OPS instead of batting average and RBI, or the idea that a Gold Glove winner may not be All That despite his reputation — those are subjects which Neyer wrote about frequently back in the day, and because he did, so did others. Today, those are fundamental concepts for anyone who aspiring to an informed conversation about baseball must understand. Almost singlehandedly, he raised the bar for intelligent discussion of the ol' ballgame in this new medium.

As time went on, Neyer grew in stature and began focusing much of his energy on books; his columns more often highlighted the work of those he had inspired rather than his own research, and he spent stretches hidden behind the ESPN pay wall, which cut into his audience. He suffered the slings and arrows of an inherently conservative industry which wasn't always open to new ideas, and got a raw deal in his first attempt to join the BBWAA. Yet he not only survived, he thrived, and he has remained a major figure in this field because of his reach, his knowledge of so many areas ripe for discussion — history, stats, economics, roster dynamics, you name it — and his willingness to keep learning. A link from Rob Neyer has remained the gold standard in expanding a discussion beyond its original point of publication, because he could use his bully pulpit to direct thousands of readers in the general direction of those to whom he linked. I'm among the many who have benefited from his attention and his kind words more times than I can count, whether at FI, BP or here at the Pinstriped Bible, and for that, and for everything he's done to make Internet-based baseball content a sphere in which some of us can actually carve out a living, I'm eternally grateful. I wish him the best of luck in whatever new venue he finds itself, and I guarantee you I'll still be reading him.

Update: Neyer is up and running at his new home, SB Nation. Here's his debut.