Manager's Note: Based on today's announcement, here is another relevant piece on Rivera that was published on the Pinstriped Bible in 2011 by SBN Designated Columnist Cliff Corcoran. -Tanya 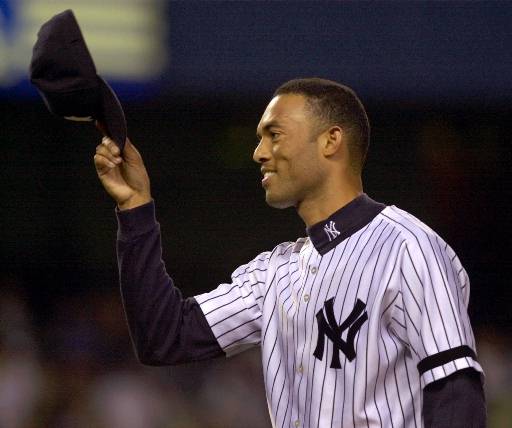 The Greatest of All Time. (AP)

One of the primary attractions of statistical analysis, at least for me, is that it can tell you things that aren't readily apparent. Sometimes, statistics even tell you that what appears to be readily apparent isn't actually true at all. When that happens, those who have yet to embrace advanced analysis often dig in their heels and rebel against statistics as a whole. For that reason, it's nice to have the occasional reminder that the Luddites and the nerds really are watching the same game.

Yesterday, in recognition of Trevor Hoffman's retirement, I attempted to figure out where he ranked among the greatest relief pitchers in the game's history. The results are over at SI.com. There's a general consensus among baseball fans of all stripes that Mariano Rivera is the greatest relief pitcher of all time, but in doing my research for that piece, I was struck by just how much Rivera dominates the field, even in the newest-fangled of advanced stats. Consider the gap between first place (always Rivera) and second in the following big-picture advanced stats.

WXRL (roughly Wins eXpected above Replacement, adjusted for opposing Lineups) is Baseball Prospectus's definitive statistic for relievers. It credits or debits a reliever for his effect on his team's win probability in each and every appearance, then totals those amounts up to give him a cumulative value above a replacement reliever. Here are the top two career totals:

Rivera doesn't just edge out Hoffman, he beats him by more than 20 percent of Hoffman's total.

Removing the impact of the game situation (or leverage), here's how Rivera has faired among relief pitchers just on the quality of his pitching, regardless of situation, per Baseball Prospectus's Wins Above Replacement Player (WARP):

Note that I've removed Wilhelm's 1959 season, in which he made 27 starts in 32 appearances, but am unable to remove his other 25 career starts without also taking out a lot of valuable relief innings. Rivera was exactly replacement level as a rookie in 1995 when he made 10 starts in 19 appearances, so that takes care of itself. Of course, even if you leave Wilhelm's 1959 season in his total he only gets up to 64.4 WARP. In fact, if you take Dennis Eckersley's entire career, as both a reliever and a starter, he still finishes behind Rivera with 81.4 WARP. As for the two totals above, Rivera has been worth 43 percent more wins than the next-best reliever according to this metric.

What about Baseball-References WAR (wins above replacement)? If we leave out Wilhem's 1959 season here, he drops below Goose Gossage (sans his 1976 season), giving us this:

Again, Rivera is worth 43 percent more wins than the second place reliever.

The same holds true for Rivera's ranking in Jay's JAWS system, which combines peak and career scores to determind a player's Hall of Fame worthiness:

FanGraph's WAR only goes back to 1980, which drops Wilhelm and Gossage out of the conversation, though it also produces a closer gap between Mo and the next man on the list:

Mo's worth "just" 28 percent more wins than Smith according to fWAR.

What's interesting here is that these stats diverge wildly on exactly how many wins above replacement Rivera has been worth and each produces a different runner-up, but all agree that Rivera has been not only the greatest relief pitcher of all-time, but that it's not even close.

Moving from career to peak value, in my SI.com piece, I broke something of a three-way tie for second place between Hoffman, Gossage, and Wilhelm with this breakdown of their respective nine-year peaks (and yes, all three did have nine-year peaks):

Rivera, however, hasn't had a nine-year peak, he's had a fifteen-year peak. It almost doesn't matter what nine-year swath of Rivera's career you use to compare to the three above, they're all outstanding:


In none of those seven nine-year slices does he have an ERA+, bWAR, WARP, or WXRL that doesn't beat the best from Hoffman, Gossage, or Wilhelm, and in ERA+ and WARP especially, it's again not even close.

There have been relief pitchers that have had better single seasons than Rivera ever has, but none has ever been as good for as long, and any attempt to compare peaks is moot because Rivera has pitched at a peak level throughout his career. Among both starters and relievers, Pedro Martinez and Joe Nathan lead the non-Rivera world with five seasons of 50 or more innings pitched and an ERA+ of 200 or better. Rivera has had 11 such seasons.

Fughedabout it, Greatest of All Time.