Lee is Gone But Life Goes On (and Gets Better)

Share All sharing options for: Lee is Gone But Life Goes On (and Gets Better) 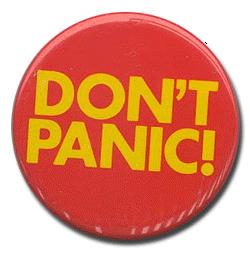 The Yankees were saved by their own worst impulses yesterday when lefty Cliff Lee opted to sign with the Philadelphia Phillies in return for a five-year contract, leaving more lucrative, longer-lasting offers from the Yankees on the table. Even very smart people can fit themselves with blinders and operate with single-minded purpose to acquire a coveted bauble. With Lee, it seemed as if Brian Cashman and the Yankees braintrust were entirely prepared to give a pitcher without CC Sabathia’s qualities—top fastball, a record of durability, comparative youth—and give him a Sabathia-sized contract. Given the differences in age, the more proper comparison point was probably A.J. Burnett. Sure, Lee has scaled heights of consistency that the erratic Burnett never had and never will, but both would have been age-32 signees. It’s appropriate that Lee’s first name is Cliff, because age-wise he’s standing at the edge of one. Maybe he won’t go over this year or the next, but the chances of his finishing out a seven-year deal were remote.

Now that Lee has bolted out of their grasp, the Yankees are left alone with their huge pile of pitching prospects, pitchers that in many cases are ready for their major-league auditions. They also have Joba Chamberlain, who the Yankees owe it to themselves to audition in a non-rules situation. That is, of course, a fantasy, because the club seems convinced that Joba is a middle reliever, but giving him another shot is the path of least resistance, with fewer unknowns than breaking in a rookie and less expensive than a three- or four-for-one trade for some Tom, Dick, or Joel Pineiro—which reminds me to reiterate a question I asked back in July: how the heck did Dan Haren get to the Angels without the Yankees outbidding their weak offer? Water under the bridge now, but it’s just an example of the way the club backed itself into a corner by betting all its chips on Lee and then failing to get him—twice.

Now that the Yankees have come to terms with Russell Martin (pending a physical, which is important given that the guy fractured his pelvis)—news came down as I was setting down these words—the Yankees have the theoretical flexibility to deal square peg Jesus Montero for rotation aid rather than try to push him into a major-league catching role. That Montero’s ready bat will now, in a best-case scenario, be headed back to Scranton and in a worst-case scenario might become a Cleveland Indian so the Yankees can get their paws on Fausto Carmona is truly depressing news for those of us who lived through Jay Buhner for Ken Phelps before it was a Seinfeld punchline.

We will explore the Montero-Martin dynamic in more depth in a forthcoming post—as Jay Jaffe suggests, Montero isn’t likely to anywhere further than Pennsylvania but Austin Romine may now be in play. Romine isn’t a future star at this point, but in terms of the Lee deal, any deal the Yankees might make for outside pitching is an example of a truly painful lack of foresight. Teams all around baseball have moved young pitchers far more aggressively than the Yankees, understanding that testing their arms against the detritus at Triple-A is hardly a test at all, that in fact it puts an arm at risk where it can do the least possible good. The Yankees had several pitchers in a position to make the jump last year, be it from Double-A or even the Cormac McCarthy wasteland of the International League. Instead, they spent valuable major-league starts on Dustin Moseley and Sergio Mitre. Given that the Yankees received a 5.85 RA in those games, they were wasted. Think of how much more certain the Yankees could be in their feelings—positive or negative—about Ivan Nova? What if David Phelps had gotten five starts? He wouldn’t be a complete unknown now. Nova is not a future number one starter, nor is Phelps, but the same can be said of almost anyone the Yankees might be able to acquire now that Lee has gone all Liberty Bells and cheesesteaks on them.

Having failed to acquire a top starter, the Yankees are, ironically, right back where they should have been in the first place, trying out all of those expensively, painstakingly developed pitching prospects. With Burnett and Phil Hughes inconsistent and Andy Pettitte forever on the verge of retirement of a physical breakdown, they needed more than Lee could have offered by himself anyway. That’s not square one, that’s the winter of 2004-2005 when there was no one on the free agent market who could have helped the club, but Cashman went ahead and signed Carl Pavano and Jaret Wright anyway.

You will recall that after that expensive lesson, Cashman vowed to build up the team’s internal pitching resources so they would never have to take another mediocrity at gunpoint. Well, the Yankees are back at gunpoint, but it’s their own finger on the trigger. Surely at least one of those upper-level pitching prospects—I’m not going to list them all for the thousandth time this winter—can put up something like a league-average ERA this season. I keep asking this question: why bet millions on sure disappointment when you could place a bet on someone with upside? You’re going to hear a lot about what the Yankees have to do now, but that pressure is imaginary. All they really have to do is holster the checkbook and the credit card and make an honest assessment of the resources they already own.