Pop quiz, hotshots: based upon their past three years of performance, for which of these two left-handed pitchers would you rather pay $23 million a year over the course of a multi-year deal? 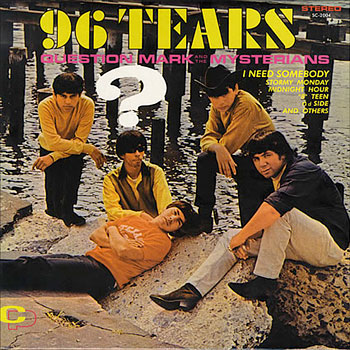 These two mystery pitchers shouldn't be too hard to figure out if you've been paying attention to the news.

Both are fine pitchers, obviously, good enough to rank among the top 10 starters in the majors during the timespan, and there's not a whole lot separating them. Pitcher A's got a minuscule walk rate, but all things considered, you can make a stronger case in favor of pitcher B, who's younger and more durable, with a higher strikeout rate, since strikeouts are a major determinant of pitchers' long-term survival.

It shouldn't be too hard to figure out who the two pitchers in question are, particularly on a Yankees-themed website: Pitcher A is

Cliff Lee, Pitcher B is CC Sabathia. Pitcher A is not a Yankee, at least not yet, thanks to an interminable but effective waiting game which has taken place while the secondary market for starters has dried up. Pitcher B just finished his second year in pinstripes, and late last week, he reiterated his intention to stay there.

The seven-year, $161 million deal Sabathia signed back in December 2008 contains an opt-out clause after the 2011 season, and the money being thrown around this winter in light of record revenues is enough to suggest he could outdo the remaining four years and $92 million at that point. After all, Lee, who is two years older than Sabathia and yet has a shorter track record of success, may match or exceed that $23 million per year over a longer duration if he signs with the Yankees.

Nonetheless, Sabathia apparently has no intention of invoking that clause. Back in late August, he told the New York Post that he "won't even consider" exercising the clause to re-enter the free agent market. "I'm here. Hundred percent," he said at the time. "I think you know I've built a house here, right? My kids go to school here. We live here year round. So I'm not going anywhere."

Late last week, Sabathia repeated that stance, noting that no matter how much money Lee ends up getting via free agency, "It has no effect on me at all." Such a non-move would make the always-outlying big man an outlier in yet another way, given that the big-name players who've had such opt-out clauses — Alex Rodriguez, J.D. Drew, A.J. Burnett — have exercised them when given the chance.

While Sabathia has plenty of time to change his mind, there's no particular reason to take him at anything less than his word. That word should lessen the sense of desperation with which the Yankees are pursuing Lee, because Sabathia is an even heartier rotation staple — younger, more durable, with fewer health concerns (his knee versus Lee's back), a couple extra dollops of mustard on his fastball. Power pitchers who lose a tick or two of velocity to age or injury can evolve into finesse pitchers, but finesse pitchers who lose a tick or two evolve into dogfood. Remember Chien-Ming Wang?

My Baseball Prospectus colleague Kevin Goldstein succinctly summed up the case against Lee in a brief post over the weekend:

Even the great version of Lee is succeeding mostly on nearly super-natural command. While his pure stuff is far too good to be classified solely as a finesse arm, it's hardly the arsenal of a power pitcher, and to be the Cy Young-level pitcher, he can afford no degradation in his ability to not only throw strikes, but to place his pitches nearly perfectly in the zone. When that's not happening, Lee falls from elite to very hittable, with game one of last year's World Series serving as our most recent exhibit. The chances of Lee being the pitcher he's been over the last few seasons two years from now are slim, four years from now, tiny, and six years from now? Unfathomable.

That Game One World Series start is important to remember for anyone who's saying that Lee should have a clear edge over Sabathia based upon the two pitchers' postseason performances. Lee owns a 2.13 ERA in his 10 postseason starts over the past two seasons, but he was rocked in that opener when he couldn't locate his pitches in a start which bore resemblance to the late-season stretch in which he was hampered by back woes. Sabathia's got a 3.70 ERA in nine postseason starts since 2008, and it's testament to the ways in which a power pitcher can survive that despite pitching on a knee which wound up needing minor surgery, he was able to grind through his 2010 postseason starts long enough for the Yankee to win all three games. Furthermore, remember which of the two pitchers is willing to work on three days' rest and wears a World Series ring because of that.

The Yankees aren't faced with an either-or choice between Lee and Sabathia, but there's no doubt they'd face a scramble to reload their rotation for 2011 if Lee decides the allure of remaining in Texas is enough to overcome the higher price the Yankees are willing to pay, which seems to be an increasing likelihood. That won't be a pretty scene; Andy Pettitte might be harder to coax from the precipice of retirement, and even if he comes back, the in-house fifth-starter candidates boil down to Ivan Nova and Sergio Mitre unless.. well, you know. Still, you can bet that Brian Cashman will be grateful he can count on the big fella at the front of the rotation being here in 2011 and beyond.

Oh, and as for Question Mark and the Mysterians, the ability to identify the organ riff from "96 Tears" will most certainly be on the quiz, so listen up.