Swisher Gets A Shave For A Worthy Cause

Share All sharing options for: Swisher Gets A Shave For A Worthy Cause

Received a couple of photos from the folks at the PorterNovelli public relations firm in relation to an event New York Yankee outfielder Nick Swisher participated in, and just for fun I thought I would pass them along.

Swisher visited the Art of Shaving Barber Spa in Beverly Hills, Calif. to to show his support in the fight against cancer this November with "Movember." Swisher will be joining thousands of men participating in the month-long event that encourages men across the world to grow out their mustaches to raise awareness and funds for men’s health issues. The Art of Shaving will make a donation of $10,000 on Swisher’s behalf, which will benefit Prostate Cancer Foundation and LIVESTRONG. 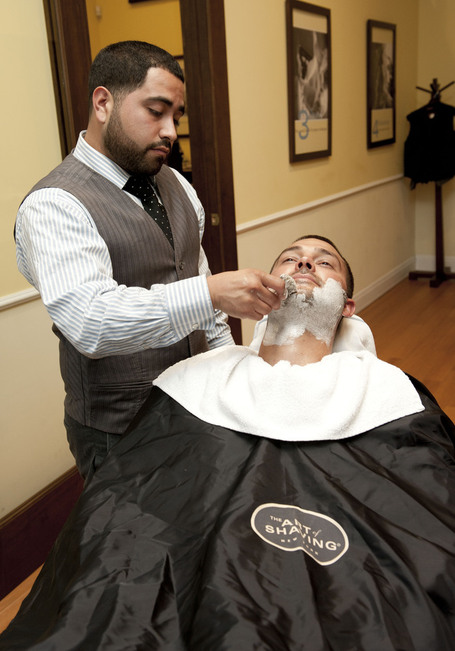 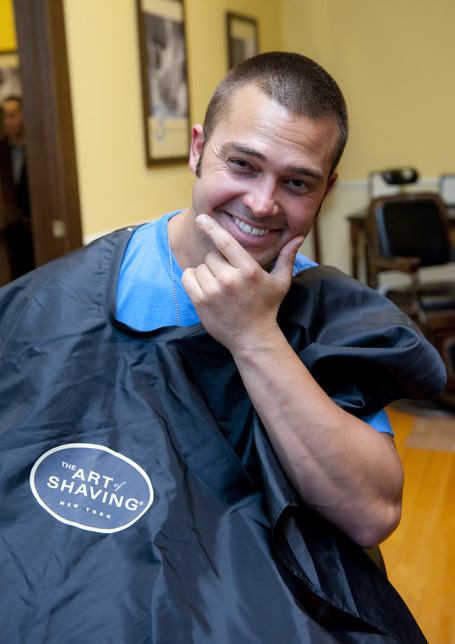