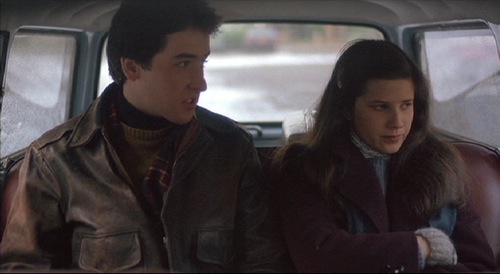 Derek Jeter and the Yankees are having a lovers' quarrel, nothing more. (AP)

The scuttlebutt over Thanksgiving weekend continued to concern the yawning gulf between the Yankees and Derek Jeter in their increasingly antagonistic contract negotiations. On Friday, Bill Madden of the Daily News reported that, "sources close to the Jeter/Close camp have said their starting point was six years, $150 million and that they aren't budging on $25 million per year." Jeter's agent Casey Close immediately denied those figures. Then, later that same night, Michael S. Schmidt of the New York Times reported that, what Jeter was actually seeking was "either four or five years at $23 million to $24 million a year, according to a person in baseball who had been briefed on the matter."

My immediate response was that, if Close leaked the $150 million/six years demand to make his actual $120 million/five-year demand look more reasonable, the tactic had failed. Even the low-end of what Schmidt reported, $92 million over four years, was more than twice the total dollars of the Yankees' initial offer of $45 million for three years, while the high end was 2 2/3 times as much.

That prompted Rob Neyer to weigh in just after 1 a.m. with a blog post that concluded thusly:

I still think everything will work out OK in the end. The Yankees will move some, Jeter will move some, and everyone smiles a lot and says all the right things when the shortstop gets his $19 million per season. It's like Sam Goldwyn said about one of his movie stars: "We're overpaying him, but he's worth it."

It might not work out OK in the end, though. Either way, I'm reminded of how many pundits were so sure, just a few weeks ago, that of course Derek Jeter would never leave the Yankees. Something like that would be impossible.

Except it's really not impossible, and never was.

Well, no, nothing is really impossible, but the chances of Jeter signing anywhere are still essentially nil.

I'm sure we've said this a few different ways already, but allow me to go over it again: there's nowhere else for Derek Jeter to go. No other team is even going to match the Yankees' initial offer of $45 million over three years. Very few teams can even afford to spend that kind of money on an aging shortstop coming off a bad year, and the few that can don't need shortstops. So, unless Jeter wants to take less money and change positions to, say, play third base for the Angels, Red Sox, or White Sox, or second base for the Mets or Tigers, he's going to be the Yankee shortstop in 2011. In other words, it really is a sure thing.

Joe Posnanski, unsurprisingly, had the best take on this over at SI.com, comparing these negotiations to the action of a formulaic romantic comedy. The audience knows the two leads will end up with one another at the end, even when they fight and break-up mid-film, but there'd be no movie without that conflict. What Jeter and the Yankees are having right now is a textbook romantic comedy spat. The more convincing the fight, the better the film, but the ending is immutable.