Who Mourns for Miranda?

Share All sharing options for: Who Mourns for Miranda? 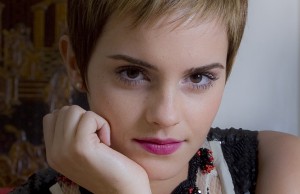 The deadline for teams to set rosters for the Rule 5 draft looms at midnight. Yesterday, the Yankees made the "small move" that Brian Cashman hinted about Tuesday, hooking up with old pal Kevin Towers, now GM of the Diamondbacks, in a deal that sent first baseman Juan Miranda to the desert for right fielder Justin Upton pitcher Scottie Allen.

As I mentioned a couple weeks ago in my Rule 5 breakdown, the Yankees were likely going to designate Miranda for assignment to free up a 40-man roster spot since he’s out of options. Instead of giving up the righty-masher for nothing, the team received a 19-year-old pitcher and freed up a roster spot.

The deal works out well for both teams. Miranda will head to a bandbox hoping to become the left side of a first-base platoon. Arizona is a team starving for runs to support their overly generous pitching staff; though they scored 4.4 runs per game in 2010, their pitchers gave up 5.2 runs per game. Towers is also interested in cutting the bloated strikeout rate of D’Backs hitters in 2010. Miranda is no stranger to the whiff, but if he’s not exposed against southpaws, his K rates should improve. With Mark Teixeira holding down the cold corner until 2016 (with Nick Swisher to back up if he’s injured), Miranda had no chance of busting into regular duty.

Pitching depth is always nice, and acquiring a useful minor-league arm makes this an instant win for the Yankees. Baseball America’s 2010 handbook mentions that after being selected in the 11th round of the 2009 draft, Allen gained 18 pounds and started adding some ticks to his heater, putting up 95 mph readings at summer’s end. However, their scouting report from yesterday notes that he has a sinking fastball that sits in the high 80s to low 90s. Allen also throws a changeup and slider, both of which register high 70s readings, and a curveball.

At 6-foot-2, 170 pounds, Allen still has room to fill out and add velocity. He already shows an aptitude for throwing strikes, though despite sink on his fastball, he’s definitely a fly-ball pitcher (0.81 ground-/air-out ratio, 0.6 homers per nine). Despite an ugly 4.73 ERA, Allen does have solid peripherals. His 9.12 strikeouts per nine is definitely workable, as is his 2.54 walks per nine. It looks like the BABIP monster was a frequent visitor during his time with the Snakes; a .371 mark this year left him snake bitten.

Baseball America points out that the northpaw tires after the fourth inning, which indicates he would benefit with some additional strength and perhaps a switch to the bullpen. Allen is ages away from the majors and has many arms in front of him, but from an acquisition standpoint, the Yankees made off well in this deal.