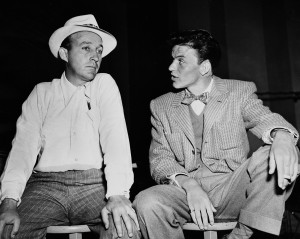 The Arizona Fall League is winding down (already); we’re heading into the final week of the season. With Mark Newman confirming to Josh Norris that Jesus Montero will not be playing in the Venezuelan Winter League, none of the particularly interesting Yankees prospects will be active until spring training. Now is the time to enjoy the last glimpses of real prospects participating in competitive baseball until next year. With that in mind, let’s check out what went down with the Desert Dogs this past week.

Manny Banuelos, LHP: One appearance: 4 IP 2 H 0 R 0 ER 4 BB 4 K—Overall, this is a nice line for the young southpaw. The drawback is the walks; the four walks nearly doubled his total in the AFL (nine). That can’t be blamed on the environment—it’s a pitchingproblem (though an umpire with a small zone can contribute). Banuelos has been relatively consistent in Arizona, and he has managed to keep the ball in the park. Though his strikeouts have been down, it shouldn’t be a huge concern. Tossing some extra innings before shutting it down for the winter is the primary concern with the 19-year-old, and though he hasn’t dominated or displayed his pinpoint control, Banuelos is getting the job done.

Craig Heyer, RHP: Two appearances: 6 IP 7 H 3 R 2 ER 1 HR 0 BB 1 K—It was a tale of two games for Heyer; in a relief outing on November 8, Heyer was unable to play stopper (more on that in Kontos’ section) and gave up six hits and three runs. Even more unlike himself, he gave up a home run, only his second this year in 110 innings between Tampa and Arizona. Heyer bounced back to his ground-balling ways. In both of his appearances, nearly all of his outs came on the ground, including a spectacular 10-2 ground-ball/fly-ball mark on November 13. That was a particularly nice start for the righty, who only gave up one hit in four innings.

George Kontos, RHP: Two appearances: 1 2/3 IP 5 H 8 R 8 ER 2 HR 3 BB 1 K—Kontos has been consistently inconsistent in Arizona. This week was no different; on November 8, he spontaneously combusted in 2/3 of an inning (well, close enough: a 108.00 ERA for the day doesn’t wear well on anyone), and in his November 12 appearance, he looked dandy in his one inning and recorded a strikeout.

The righty has always been homer-prone, and thrust into a hitter-friendly environment, there’s no small wonder Kontos gave up a couple of jacks. What is more worrisome is that when Kontos is not on, he tends to lose the strike zone. The majority of his woes were limited to two appearances; the one on November 8, the other on October 29. In those two appearances, Kontos gave up eight hits, 13 runs (all earned), and seven walks. Being a bipolar reliever who has given up nearly double the number of hits (21) than innings pitched (11 2/3) won’t impress, but Kontos should still be added to the 40-man roster. If he continues to struggle in the minors next season, the Yankees will have to decide if his future lies with the organization.

Brandon Laird, OF: 4-for-22 2 R 2 2B 4 RBI 0 BB 8 K—Laird hasn’t hit well for the last couple weeks. Yeah, he’s getting in his extra-base hits (12 of his 21 hits have been extra bases), but he’s not getting on base at all. He has six walks in 94 at-bats with 25 strikeouts—and those strikeouts have come at an insane rate over the last two weeks (13 K’s in 42 at-bats). I know I sound like a broken record at this point, but the Yankees have to figure out why Laird is whiffing so much. He’s a power hitter and strikeouts come with the territory, but some walks and singles are also expected as well. Perhaps he is feeling the pressure to pull the ball more to fit a four-corner utility role, or he really could be lost at the plate right now. It’s something the Yankees will have to look into over the winter and during spring training.

On a happier note, Laird has been raking in a few outfield assists. Though he can make a traditional fly ball look like a Marcus Thames adventure, he is showing an ability to hold his ground and get to the balls he needs to get to.

Jose Pirela, SS: 4-for-20 1 R 1 2B 0 RBI 1 BB 4 K 1 CS—This week is in line with every other week in the AFL for Pirela. Despite playing in friendly confines, he has not been able to take advantage, and though he’ll never be confused with a slugger, the righty hasn’t shown much power either. He has been facing better pitching than he saw in High-A Tampa this year, but since he’s nearly 21, he’ll need to make adjustments against advanced stuff. His 17 strikeouts overall aren’t pretty, and Pirela is K-ing at a significantly higher rate than he did during the regular season. It is clear Pirela is going to need some major work this season to crack the 40-man roster next year, because rates of .192/.247/.231 aren’t going to cut it.

Ryan Pope, RHP: Two appearances: 2.1 IP 4 H 2 R 1 ER 1 HR 3 BB 2 K—It’s not the cleanest line, but Pope continues to stick par for the course. The walks this week are higher than his rates over the last few weeks, though he usually has control. Pope is more of a fly-ball pitcher than Kontos and thus knows the homer well—not the greatest strategy in a fly-ball environment—but he’s also no Jeff Karstens (or, as Steve prefers, "Scary Fly-Ball Guy"). The hits are up a bit for Pope in Arizona, as expected, but his overall body of work should earn him a roster spot in a few weeks.

Austin Romine, C: 1-for-4 1 R 0 RBI 1 BB 0 K—The last time Romine played was on November 9. There hasn’t been official explanation of why. Since there hasn’t been an injury announcement, it seems reasonable to guess that the Yankees pulled Romine from the AFL to give him time to rest. This is the final week of winter ball, and since the Desert Dogs had the worst record in the league, they won’t be playing for the championship. In addition, 2010 brought one of the largest workloads Romine has undertaken as a pro; he played in 115 regular-season games and 14 AFL games. His defense was sluggish in Arizona, with six passed balls, so the backstop could be tuckered out.