The Enduring Mystery of Brett Gardner

Share All sharing options for: The Enduring Mystery of Brett Gardner

This post will start out a bit on the wonky side, but stick with me, because there is a point to be gotten at. 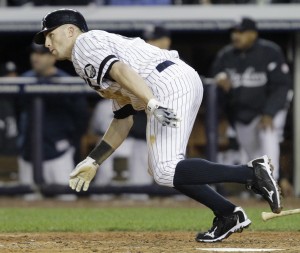 We know Brett Gardner can run, but as for the rest... (AP)

While working up some thoughts on Brett Gardner for Baseball Prospectus 2011 annual, I recalled something that my PB compadre Cliff Corcoran wrote during the playoffs: over the last 23 years, which is the entire recorded history of counting pitches, no hitter ever saw more pitches per plate appearance than Gardner did in 2010. The persnickety Mr. Gardner looked at an average of 4.62 pitches per plate appearance. The previous high was set by Rickey Henderson in 1994 when he saw 4.54 per PA.

If you want to be picky about it, Rickey was actually a little more selective than Gardner in 1994 and Mickey Tettleton, who led the majors in this category three times, was more selective than both when he saw 4.45 P/PA. Tettleton did his choosy hitting at a time in which the average batter saw 3.61 P/PA. Rickey did his crouching thing when the average was 3.70. Today, the average hitter sees 3.82 P/PA. Thus, the pitchers in Gardner’s day are just a bit wilder overall—or the strike zone has shrunk by that much—than back in the 1990s.

What’s interesting about this is that seeing a lot of pitches doesn’t necessarily earn a batter the results of true selectivity. Of the 23 players to lead the majors in walks, all but four walked more frequently, on a percentage basis, than Gardner did in 2010. Now, here’s something I don’t know: could it be that fewer of Gardner’s turns at bat turned into walks because he doesn’t hit with much power? Of the other 23 hitters, most could accurately be described as power hitters, guys like Tettleton, Jim Thome, and Adam Dunn. Rickey wasn’t a 40-homer guy, nor Bobby Abreu—who led the majors four and three times , respectively—but they had more power than Gardner. The only hitter on the list who had less power than Gardner was Reggie Willits, who led the majors in 2007. In 822 major-league at-bats, Willits has hit 34 doubles, one triples, and no home runs.

That year, Willits drew walks in 13.3 percent of his plate appearances. Gardner’s season is the 20th-best on the list; Willits’s is number 21. What I’m getting at here is that perhaps Willits and Gardner were less walky than the other guys on the list because pitchers weren’t trying to pitch around them. Of Thome’s 120 walks in 1997, or Dunn’s 128 in 2002, some large fraction must have been of the "intentional-unintentional" variety. The pitcher fell behind, said, "No way I’m chancing grooving one to this guy," and so they throw a couple out of the zone and try their luck with the next guy. That shouldn’t happen with a Gardner, because if a pitch is too fine, and Gardner really gets hold of one, sure, he might hit one of his rare round-trippers, but he’s much more likely to dribble a ball to shortstop that just might, worst-case scenario, result in an infield hit. There are exceptions on the list. Wade Boggs wasn’t a power hitter, but he had a great eye and the ability to spoil pitches until he got ball four. Rickey’s batting stance gave him a strike zone the size of a Rubik’s Cube. They earned their way to a walk without reference to power prowess. On the whole, though, its sluggers that rule the list. 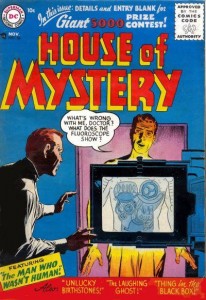 One problem with my theory is that the three names with lower walk rates than Willits are Jay Bell (2001), Jayson Werth (2009), and Jay Bell (1999), who had/have more power than Gardner. Given that they represent just three out of 24 examples, I’m willing to dismiss them as flukes. Since Gardner is neither a power hitter, nor the contact hitter that Boggs was, or the exaggerated combination of selection and impossible posture that Rickey was, I’m going to go out on a limb and say that we have an explanation for why his walk rate is relatively how despite his having looked at so many pitches: the pitchers just weren’t willing to give in and pass him.

The reason these numbers are so interesting is they help us think about Gardner’s future. The general assumption in the media seems to be that the Yankees will not be big players in the Carl Crawford or Jayson Werth competitions because they’re pretty well set—in Gardner, Curtis Granderson, and Nick Swisher, they have an outfield that is both productive and fairly inexpensive. If you’ve been reading this feature for the last few years, you know I’ve been a big Gardner booster, and yet, I can’t help but wonder how set they really are. Yes, Gardner can fly around the bases and is the most prolific basestealer the Yankees have had since Rickey. Yes, he’s a good defensive outfielder, though I wonder if we’re going to feel the same way about that when he fails to reproduce his 12-assist performance of this year. And yes, he looks at a lot of pitches, which has value in wearing down the opposition.

Now to the skepticism: I don’t believe Gardner is going to be as selective in 2011. He hurt his wrist at the end of June and spent the rest of the season doing what he could to avoid using it. The high pitch counts seem to derive from that more than anything, and as such could be transient. That’s not a bad thing given that he only hit .232 with that approach. Parenthetically, even Gardner’s post-injury walk rate would rank only 14th on the list of 23. His pre-injury walk rate would be the worst of the 23. We’ve reached yet another fork in the path, because if Gardner recovers and is less selective, will he hit .321 again, as he did prior to the injury? Or if he is as selective, will his working the count ever result in a large number of walks? Given his pre-injury walk rate across his total plate appearances, he would have walked 64 times, which is nice, but not great—unless you’re also hitting .290-300.If you’re a left fielder hitting, say, .275/.360/.370, your defense had better be so clean you could eat off of it, because your production is going to be far below that of your classmates.

Three-hundred games into Gardner’s major-league career, I still don’t know what the Yankees have in him. I know he would be a terrific reserve for any team, but is he truly a starter in an outfield corner or even center field? There’s a lot of uncertainty there. As I said, I’ve advocated for him for years, so to the extent that I allow myself to be sentimental about these things, I hope he remains the starter. But should the Yankees choose to go in another direction, I can’t say with certainty that they would be wrong.