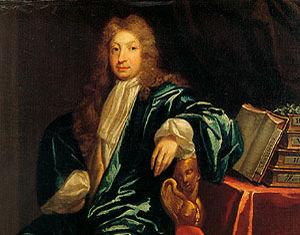 We follow the kids in Arizona, despite the truth in John Dryden's words that, "Present joys are more to flesh and blood than a dull prospect of a distant good."

After last week’s disappointing results, this was a rebound week for Yankee prospects in Phoenix. While some players’ woes continued, the pitching competition for 40-man roster spots heated up. There were only five regular games played this week, culminating in Saturday’s Rising Stars Showcase. Three Yankees participated in the game—Manny Banuelos, Brandon Laird, and Austin Romine—and their weekly lines include their performance in the game.

Manny Banuelos, LHP: Two appearances: 5 IP 5 H 3 R 2 ER 1 BB 4 K—It’s not the happiest of lines, but it’s also not awful. During his regular game appearance, Banuelos gave up two earned runs on two hits and recorded only one strikeout. Banuelos looked decent in his appearance in the Showcase, though the West stars did get some sharp hits and loud outs against him. What’s more encouraging are the Ks. As our Baseball Prospectus colleague Kevin Goldstein pointed out during the Rising Stars Showcase, though Banuelos gave up an unearned run and didn’t have the prettiest line, he displayed multiple swing-and-miss pitches. Having several out pitches, ways to keep hitters guessing what he’ll throw in any count, is going to be key to the Mexico native being able to stick in the rotation.

According to the broadcast on MLB Network, the southpaw sat around 93 mph during the Showcase, but Keith Law said the stadium gun was unreliable. Earlier, he noted that Banuelos caught Mariners top prospect Dustin Ackley looking on a 95 mph heater—his increased velocity is for real.

Craig Heyer, RHP: One appearance: 3 IP 3 H 0 R 0 ER 0 BB 2 K—Though it seems unlikely Heyer will be protected in the Rule 5 draft because of his inexperience at the upper levels, he is certainly making the case for a team to take a chance of him. After two consecutive weeks of walks, Heyer has righted himself, putting up his usual goose egg in the BB column while perking up his K rates. If there is one thing that can be said about Heyer, it is his consistency. His lines every week are clones of his overall work in the minors, and his strikeout, walk, and ground-ball rates are similar to his career rates. That will probably get him some brownie points, and it wouldn’t be surprising to see him selected to see if his ground-balling ways can translate to the big-league level now.

George Kontos, RHP: One appearance: 2 IP 1 H 0 R 0 ER 1 BB 0 K—After being knocked about last week, it would have been hard for Kontos to do much worse. His outing this week was a nice building block in that he was able to keep the ball more or less in the strike zone, and though most of his outs came in the air, it’s not a shock. Kontos is homer-prone, so flies are part of the package. Pitching to contact can be a useful tool, but if Kontos is playing in front of a poor defense, that can bite him.

Brandon Laird, OF: 2-for-24 0 R 1 2B 4 RBI 3 BB 7 K—Another week, another extra-base hit and only one single. To be a four-corners replacement, you have to be able to mash, yes, but hitting for some batting average and getting on base a bit more frequently are also part of the job. The walks are nice, but the strikeouts are now coming at an alarming rate. Laird is seemingly going for the all-or-nothing result, and he’s missing with greater frequency. Perhaps because of the hitter-friendly environments he’s in, Laird is starting to pull more and developing bad habits, or maybe it was just a really bad two weeks for whiffs. In Arizona, Laird looks like a two true outcomes guy—strikeout or extra-base hit. We’ll have to see how he performs in spring training and during the Triple-A season next year to get a better gauge of what is happening with Laird.

Jose Pirela, SS: 2-for-12 0 R 1 RBI 1 BB 3 K 1 CS—Pirela got into only three games this week, but based on overall performance in the AFL, it is odd that he hasn’t been able to take advantage of the offensive environment. The 21-year-old is also up to five errors playing between shortstop and second base. However, he hasn’t shown himself to be a glove wiz before; playing in Tampa this season, he made 30 errors—double the second-highest total on the team. He has another year to go before he’s Rule 5-eligible, and Pirela is going to have to show a lot more bat and strides on defense to merit consideration.

Ryan Pope, RHP: One appearance: 1/3 IP 0 H 0 R 0 ER 0 BB 1 K—It’s hard to say much about 1/3 of an inning of work—especially when that one batter came when the Desert Dogs were getting beat down and desperate for an out. Pope got the job done with a strikeout, something he has been doing regularly in Phoenix (seven Ks in eight innings pitched).

Austin Romine, C: 6-for-14 1 R 1 RBI 0 BB 3 K—Romine’s lumber awakened some this week, but it’s also becoming clear that he can be a streaky hitter. All of his hits were base knocks, so the power is still in hiding, but any hits are nice if it can get him going.

The chinks in the armor for the backstop are his on-base percentage and defense. Romine just isn’t picking up walks right now (granted, his walk rate had been increasing during full minor-league seasons), and his defense is being tested. He did throw out a runner this week, but he also had two passed balls, including one during the Showcase. That brings his total to six in just 14 games, tying his total passed balls in 99 games behind the dish in Trenton. Being unfamiliar with the pitchers is an excuse that can only be taken so far; at some point, there has to be responsibility for a pitching staff. Romine definitely has some work to do to prove he’s Jorge Posada’s defensive heir.