A Sharp Left Turn: Our Story So Far

Share All sharing options for: A Sharp Left Turn: Our Story So Far

Over at Baseball Prospectus I've gone in-depth on both Games One and Two of the Division Series between the Yankees and the Twins, a series which is following a familiar script, not only with the brilliant start from Andy Pettitte and the save by Mariano Rivera but with the Twins' disappearing act against the Yankees. As I wrote:

So the Twins are now down 2-0 despite opening at home, something only one team out of 28 has surmounted in the wild card era: the 2001 Yankees, who required Jeterian intervention to survive. They've now lost 11 straight post-season games dating to the 2004 ALDS, the last five to the Yankees. From the seventh inning on in those five games, they've been outscored 18-2, and they're now 18-56 (.243) against the Bronx Bombers in the Gardenhire era. I normally avoid putting myself inside the heads of any players, but if that kind of imbalance doesn't represent an upper hand on the psychological front, I don't know what kind of numbers would. I feel pretty secure in saying that the true talent levels of these two teams isn't enough to render the Twins—a team that's made the playoffs six times in nine years under Gardy — worse than the 1962 Mets, and that luck's not enough to account for the difference.

Returning to the three key points I made at the outset of the series regarding the aces, the Yankee rotation order, and the lineup's lefties, things are definitely breaking the pinstripers' way. 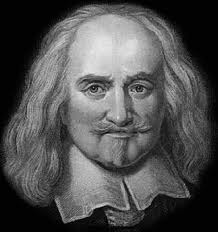 The famous baseball writer Thomas Hobbes was pretty clear on the perils of the postseason.

First, we know that CC Sabathia will be able to get back to the mound in this series should the situation require it, while the same can't be said for Francisco Liriano. Even if they take Saturday's Game Three in the Bronx, the Twins must come back with Nick Blackburn to stave off elimination, because they're leery of pitching Liriano on three days' rest. The Yanks will able to go for the knockout with Sabathia short rest, and chances are he'll be sharper than he was on Wednesday night. Sabathia prefers less rest to more, and the numbers back him up; over the course of his career, he's put up a 4.02 ERA in 39 regular season starts with six or more days of rest, compared to 3.60 in 191 starts on four days and 3.44 in 88 starts on five. He's been even better on short rest, albeit in a much smaller sample size.

Second, Pettitte made Girardi look smart for tabbing him instead of Hughes for Game Two, as the venerable lefty was able to summon his own early-season form. With a much closer view of his rehab-esque September efforts and his side sessions than those of us in the peanut gallery, the Yankee skipper obviously had more confidence in Pettitte's health than the rest of us, and his choice was vindicated. Pettitte needed only 88 pitches to work seven innings, matching the number he threw to get through four frames in Boston on October 2. As if to underscore both his his command and his condition, he returned for the seventh after sitting for 27 minutes while the Yanks took the lead and nemesis Carl Pavano unraveled (not without good cause when it came to the call which ultimately got Ron Gardenhire tossed, as it turns out) and needed just 11 pitches to get three outs, including two of his four strikeouts.

Finally, and not unrelated to the second point, the two southpaws have neutered the Twins' lefty bats (Denard Span, Joe Mauer, Jim Thome and Jason Kubel), holding them to a .150/.292/.150 performance in their matchups. Two of their three hits have come on first-inning leadoff singles by Span which went for naught. Mauer and Thome are a combined 3-for-16 with a walk, a hit-by-pitch and four strikeouts overall; the latter has figured in a couple of rallies, but the former looks rather lost, his one line drive was the ninth-inning shot which Mariano Rivera snared in Game One. By comparison, Yankee lefties Robinson Cano, Curtis Granderson and Brett Gardner went 2-for-6 with a walk and the resurgent Granderson's big Game One triple against Liriano. They're a combined 8-for-23 in the series overall, with two extra-base hits (both Grandy's) and a walk. Among the switch-hitters, the Twins' Orlando Hudson is 2-for-8 with a big homer, but the Yankee trio of Nick Swisher, Mark Teixeira and Jorge Posada is 7-for-25 with two doubles and a homer, and if you throw in the well-designed Marcus Thames/Lance Berkman DH platoon (take a bow, Brian Cashman), it's 9-for-32 with three doubles and two homers, not to mention three walks.

There's far less separating the Yankees and Twins than the 2-0 balance indicates. But when the matchups aren't going in one team's favor, baseball's playoffs can be like Thomas Hobbes' view of the natural condition of mankind: nasty, brutish and short.

Score That E-6: Yesterday's piece on Carl Pavano and, uh, friends misidentified the infamous midge game from the 2007 division series against Cleveland. It was Game Two, the night before Jake Westbrook took the hill, not Game Four. Thanks to those who pointed that out.