The Best-Laid Postseason Plans of Mice and Cashmen

Share All sharing options for: The Best-Laid Postseason Plans of Mice and Cashmen

Earlier today, the Yankees finalized the details of their postseason rotation and roster. A quick review: 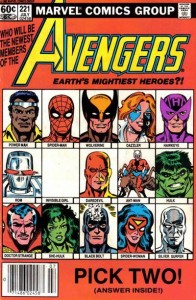 Andy Pettitte starts Game 2: This isn’t necessarily a bad decision, because if healthy, Pettitte is a terrific, experienced pitcher who any team would like to have on the mound in a tight spot. That said, foregoing the opportunity to let Phil Hughes pitch before Target Field’s wall of wind ("The Air Monster?") seems like an error.

A.J. Burnett is on the roster, but not the rotation: CC Sabathia will start on short rest instead. Can’t argue with this one at all. Burnett is lost in a lost world, as the Moody Blues once sang, but he might be able to throw some bullets out of the bullpen. Sabathia seems unphased by short rest, so this seems like a no-brainer.

Dustin Moseley, Sergio Mitre make the postseason roster: Okay, they’re the greatest Dustin and Sergio in Yankees history, but if they pitch in any game something has gone severely wrong. Royce Ring got tagged in his short audition, so you can’t regret his not being here—let’s be honest, the time to evaluate lefty spot relievers was anytime during the summer, not two minutes before October. Still, how many guys do you need that only pitch in blowouts or 15-inning games? Putting both of these cats on the team seems like an act of pessimism.

Greg Golson makes the postseason roster: This is not a bad call as Golson can play defense, pinch-run, and swing at a southpaw in an emergency. Hopefully, Joe Girardi can remember not to make moves with Golson that he wouldn’t have made during the regular season. Otherwise, Golson will pinch-run for Nick Swisher in the fourth inning of some game and then end up getting three at-bats.

Ramiro Pena makes the postseason roster: Again, if he does more than pinch-run, something has gone very wrong. Eduardo Nunez is a more dynamic hitter (damning Eduardo with faint praise there) and baserunner, so it looks like the Yankees put their emphasis on the leather. Since Girardi didn’t go crazy putting Pena in for defense—he didn’t pull Derek Jeter out of any games, which would have been the thing to do with Pena—it’s hard to imagine what the team is thinking, other than that if they pinch-run for someone, Pena can give them a sub on D they can trust. Of course, that indicates a lot of pinch-running coming, and if the Yankees are already thinking in that direction, then Coffee Joe is already in the house.