Eye on the Other Series

Share All sharing options for: Eye on the Other Series 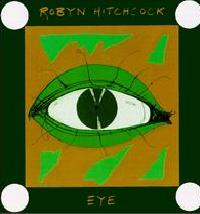 It's not just an eye, it's a good album.

The Rays made quite the odd decision yesterday, choosing to make James Shields their Game 2 starter. Shields has been a fine pitcher for a few years, but he was mercilessly hammered from late May onward, and finished the season leading the league in hits, earned runs, and home runs allowed:

In six September starts, Shields allowed 29 runs, or 8.16 per nine innings. Opposing batters hit .360/.403/.554. He did pitch well against the Rangers on August 18, after having allowed six runs (three earned) in seven innings against them on June 5. He will face C.J. Wilson on Thursday, with Matt Garza, who had a more consistent second half, going in Game 3. If the Rays somehow drop Game 1 (David Price vs. Cliff Lee) and Shields fails to rise to the occasion, the Rays could find themselves needing to sweep the rest of the series to stay alive.

If you look at various defense-independent pitching translations, like FIP or SIERA, they suggest that Shields was a lot better than his results, and his the .354 batting average he allowed on balls in play was the result of a fielder falling down every time a ball was hit his way. I would like this to be true, but I remain skeptical. Shields’ elevated line drive and home run rates argue in the other direction. His strikeouts and control also argue in his favor, and as an old hand at this I should know better than to trust ERA, but this time around I’m a-trustin’ it.

The Rangers still have their work cut out for them. Price is a hard pitcher to beat twice, and even if Shields falls, they are going to have to hit against Garza and Wade Davis. Josh Hamilton and Nelson Cruz are scary-good hitters, and Vlad Guerrero can be, although he wasn’t in the second half (.278/.322/.426). Mitch Moreland, a lefty bat who will yield to the much weaker Jorge Cantu in two games if the series goes five, is also a rising threat. After the aforementioned, the Rangers get occasionally good things out of Ian Kinsler and Mike Young, and not a great deal from Elvis Andrus, Julio Borbon, and the catchers, who teamed up to hit .212/.288/.317 this year.

Still, Cliff Lee is also hard to beat twice. The offenses are comparable, the bullpens are comparable, and the Rays may have chosen poorly in sorting their pitching options. This will be only the fourth postseason series in the History of the Washington Senators II/Texas Rangers (the less said about the Senators II phase the better) and they have never made it out of the division series round. They’ve barely even showed up, going 1-9 in three series against the Yankees. This time I suspect they might make it.