A Path To Glory

Share All sharing options for: A Path To Glory 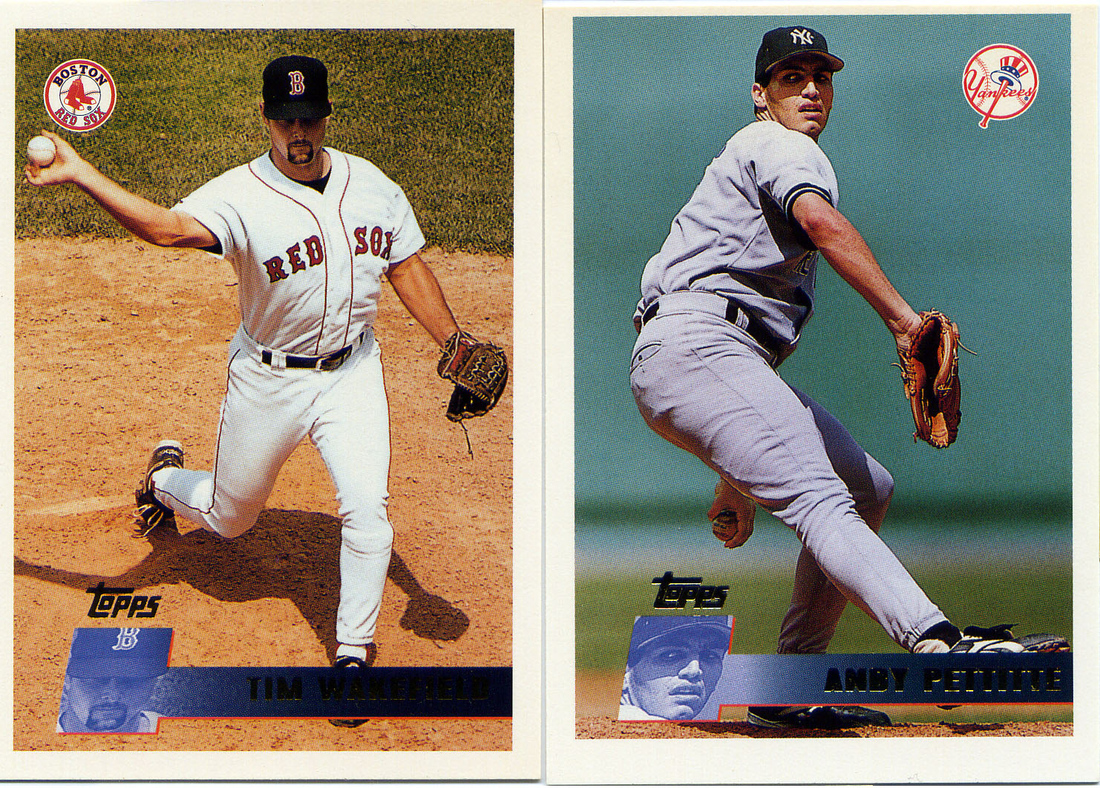 The Yankees and Red Sox will each start a member of their 1995 rotation in Saturday's double-header.

The Yankees and Red Sox were rained out Friday night, but it was a good night for the Yankees anyway as both the Rays and the Twins lost. That gives the Yankees a slim half-game lead in the AL East and a game and a half lead over the Twins (two in the loss column) for the best overall record in the league. It also gives the Yankees control of their own destiny. With the Rays having lost, the Yankees can win the division by sweeping Boston, even if the Rays win their remaining two games.

That's still a longshot, but the Yankees, who were already benefiting from the absence of Evan Longoria and Adrian Beltre from their respective lineups, got another assist when Clay Buchholz was scratched from his Saturday start due to a stiff back. Instead, the Yankees will face old pal Tim Wakefield. The 44-year-old knuckleballer has been the Red Sox sixth starter this year and has gone 4-9 with a 5.56 ERA in 18 starts. Alex Rodriguez, Robinson Cano, and Curtis Granderson all have particularly strong numbers against Wakefield's knuckler.

Friday's game will be made up as part of a twi-night split double header that promises to stretch well beyond midnight on Saturday thanks to the FOX-imposed Game One start time of 4:10. That pushes Game Two to 9:05, so catch a cat nap this afternoon if you can. It's going to be one of those nights at Fenway, I suspect.