Saturday News: The Tools of Ignorance

Share All sharing options for: Saturday News: The Tools of Ignorance

Brandon and Gerald Laird were arrested after a fight following a Suns-Celtics game.  Not sure who they were rooting for (they're from California), but I'm mildly relieved that Brandon, a minor league infielder, has only been charged with disorderly conduct rather than assault like his brother.

So long as he's not hurt, he can put it behind him.

I kept thinking I'd do a longer post with it (and maybe I still will), but on a slow day I want to share.

Nick Steiner took a look at Good AJ and Bad AJ.  What he found was that while Good AJ boasted a 1.06 ERA and bad ERA bore a 9.13 ERA, even though the pitch selection and pitch movement data was all nearly identical.  It's actually a little freaky how close to identical the individual pitches of Good and Bad AJ are.

For location, Bad AJ threw only 2% more pitches down the middle than Good AJ, and (counter intuitively) that 2% comes from pitches that Good AJ threw outside.

And it's not the sequence either.  Steiner broke down AJ's pitch selection based on whether it was a pitcher's count, a hitter's county, or neutral. 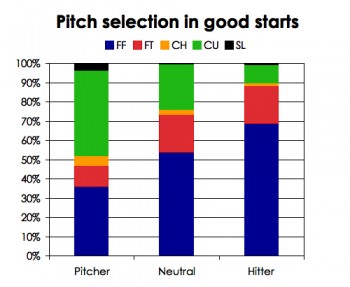 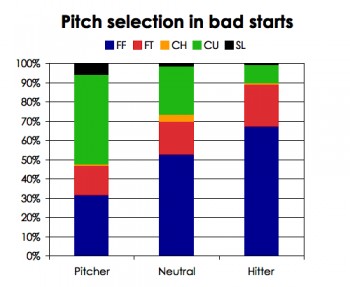 I'm stumped on why there's so little difference between what AJ produces (in the quality and arrangement of his pitches) and the outcome of those pitches.

I've been thinking about why the Tigers seem so willing to punt a division they nearly won in 2009.

I think it comes down to the White Sox starting rotation: Peavy-Buehrle-Floyd-Danks-Garcia.  Add the White Sox to the tickets to be interested as you consider which games to attend at the Stadium in 2010.

AOL Fanhouse thinks that the Yankees' New Year's Resolution should be to move Joba to the bullpen for good.

I think a better resolution would be to make sure that both Joba and Hughes get 130+ innings of work in 2010 so that there are in-house options for 2011 in case Andy Pettitte retires and Javy Vazquez leaves via free agency.

Anthony McCarron reports that El Duque is pitching winterball.  I hope that when I'm 64 I'll still be driven enough to do the things I love and capable of doing them well.