Bring on the Rangers: A Second Vote

Share All sharing options for: Bring on the Rangers: A Second Vote 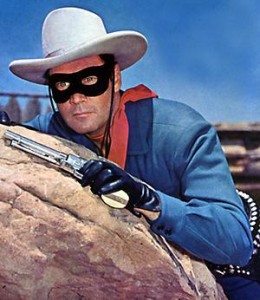 Riddled by injury issues and question marks, the Rangers would certainly be the best matchup for the Yankees in the ALDS. Sure, Texas did sweep the Yankees earlier this month, but as Cliff pointed out while encouraging the Yankees Universe not to go to red alert, that series does not define either club. Cliff’s analysis also provides a solid basis for why playing in Arlington would be far preferable to playing in Twinkietown.

Cliff Lee will be the Game One starter for the Rangers, but he has been battling back problems and hasn’t looked like his usual self since August. Sure, he’s strung in a few good starts, but the majority of the results have been mediocre.

After Lee, C.J. Wilson, Colby Lewis, and Tommy Hunter figure to follow. The Yankees ripped Wilson this season; he gave up 11 runs against the Bombers this season and the team is hitting .300/.408/.350 off him this year. As our Baseball Prospectus colleague Christina Kahrl mentions, Colby Lewis has not faced the Yankees this season and could be a dark-horse candidate for postseason heroics. Given the Yankees’ struggles against pitchers they haven’t seen before, he could have an edge. Pitching against the Yankees on September 11, Hunter pitched five innings allowing six hits and two runs, but the Yankees started Francisco Cervelli and Ramiro Pena, not exactly their A lineup.

Josh Hamilton has fractured ribs and hasn’t played a game since September 4. He’s aiming for a return this weekend, but when you combine the missed time with a significant injury, there are no guarantees he returns and mashes like he did all season. If he’s rushing back at all, he could risk re-injuring himself, a la Jacoby Ellsbury of the Red Sox. The Rangers do not have a great lineup, and without Hamilton, some of the tougher hitters, like Vladimir Guerrero and Nelson Cruz, can be pitched around if necessary.

One other advantage of playing the Rangers means the Yankees captured the AL East, securing home-field advantage for at least the first round. With a 52-29 home record and a 42-35 road record thus far, it is clear the Bombers are more effective at home. Game One starter CC Sabathia would enjoy pitching on home turf; he shaves about 0.30 runs per game off his ERA. After Sabathia, the rotation is a parade of questions. I’d suspect Andy Pettitte would pitch Game Two (though he is much better on the road this year), Phil Hughes in Game Three (another good road pitcher), and… gulp… A.J. Burnett in Game Four. Ivan Nova may get a chance to crack the front four, but Burnett has pitched reasonably well against the Rangers in non-rain abbreviated outings and if he looks like he’s headed for a collapse, Girardi (or Coffee Joe) has shown a great willingness to use a quick hook.

When it comes to October, the Yankees will be playing their best players. There won’t a Chad Gaudin or Sergio Mitre getting bombed in the 10th or 11th, and Pena will not be starting, barring tragedy. The Yankees have a significantly better offense (granted, it hasn’t shown lately), but their rotation is a question. They’ve shown the ability to handle Rangers pitchers, so if they give their starters enough offense, they can win.