We fear the unknown

Share All sharing options for: We fear the unknown 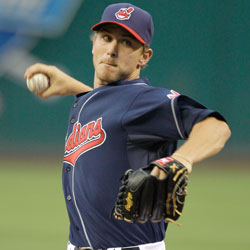 As Matthew Pouliot writes, the Yankees lose disproportionately to pitchers they’ve never seen before. YES also had this as a graphic during last night’s game. Including Josh Tomlin, 11 pitchers have made their Major League debuts against the Yankees since 2000. For the most part, these pitchers are now well-established fringe types or have never been heard from again, with the exception being Josh Peavy. The Yankees have gone 3-8 in those games.

I haven’t done the research, but I also have the distinct impression that the Yankees have hit good pitchers better than bad ones, which is to say that if a pitcher comes into a game against the Yankees with an ERA of 3.30, he’s more likely to get thrashed than a pitcher who comes in with an ERA of 5.30. This is purely an uninformed impression I have from years of looking at the daily pitching matchups and seeing things like Andy Pettitte vs. Joe Kickmesign of the Orioles and thinking, "Tonight’s score is going to be 11-1," but in actuality it ends up being 2-1. Rob Neyer says that this would be an example of a confirmation bias, and he’s probably right. He also says that those 11 pitchers have been more lucky than good, and he’s almost certainly right about that as well. It’s still frustrating to watch.

MORE TRADE SPECULATION
One wonders if the Yankees are lying in wait on Roy Oswalt. Having been outbid/cheated out of Cliff Lee and been caught napping (or something) on Dan Haren, Oswalt remains the only game-changing starter available. The Cardinals are supposedly out, the surging Phillies supposedly in, but that seems to be it in terms of prominent bidders. The hang-up, as it has been, are twofold: Oswalt has a full no-trade clause and he has a poison-pill option for 2012 at $16 million (or a $2 million buyout). To get him to bypass one, you probably have to agree to the other. The Yankees are one of the few teams that could swallow the money if they felt like doing so. Oswalt will be 34 in two years, which is old but not frighteningly old. The bigger question in my mind is whether he would be comfortable in New York. He’s from a one-horse town in central Mississippi, and the Bronx is about as far from there as you can get in terms of cultural and physical environment. I’ve been to Mississippi several times—my wife is from there—and what’s surprising is just how empty and rural much of it is compared to the Northeast. If New York is the city that never sleeps, Mississippi is the state that’s in a coma.

Given those obstacles, what remains is Ed Wade’s asking price. Given the inflated contract and the inevitable push on the option, the Astros can expect salary relief or prospects but not both. Given that the Cardinals just publicly slammed the door on a deal, the Astros, to paraphrase W.S. Gilbert, do not yet have their eyes open to their awful situation. You don’t get Jesus Montero in return for taking on roughly $40 million in unanticipated salary. The alternative for the Astros is that they keep paying an ace pitcher to lose games for a bad team, not getting anything for him when he leaves as a 35-year-old free agent, and they don’t get to add anything at all to their system. The perfect shouldn’t be the enemy of the good, especially when your club is 41-59 and your farm is as likely to bloom as the Sahara desert in summer.

Assuming that Houston does not lessen its intransigence, I remain intrigued by big Prince Fielder. The Brewers are reportedly deciding if they are out of it or not, but given that they are eight games out in their division and 9.5 games behind the wild card leader, it’s not clear exactly which scales have to fall away for them to get the picture. Fielder, currently hitting .262/.400/.504, is the kind of big left-handed power hitter who would give the Yankees their own version of David Ortiz for awhile. Sure, it would lock up the designated hitter position, but the Yankees aren’t doing anything with it anyway. Failing that, jumping in on the .292/.349/.568 Corey Hart as a split outfielder-DH wouldn’t be a bad idea either, though no one has whispered the word “Yankees” in connection with him as of yet, but as we’ve seen, that doesn’t necessarily mean that Pinstriped Big Brother isn’t watching. The main problem with Hart, as opposed to Fielder, is that with Prince you know that he is what he is. Hart’s Major League career consists of 1.5 good years and 2.5 that aren’t helpful when coming from a corner outfielder. Buy at your own peril, but in the short-term, and with careful benching against select right-handers and extensive use at DH (probably his best position), he could help.