Chad Gaudin was surprisingly good (again), and it was Alfredo Aceves who disappointed. Gaudin's shining moment came in the bottom of the third with two on and two out: he put Abreu away with a splitter. 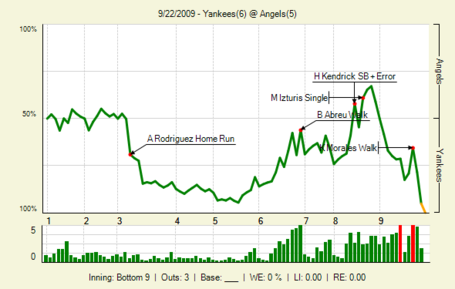 The postseason magic number was one, so the Yanks were ensured of playoff baseball before Mo nailed down the last out because Texas lost earlier in the evening. Let's enjoy it!