A recent CNN/SI article highlighted the growing number of batters getting hit by pitches. It's gone up in every decade since the 1980s, with the 2000s being by far the highest, with a HBP in 36% of all games (18% in the '80s, 28% in the '90s). One would've thought the 1960s would be the highest, being the 'Decade of the Pitcher' and all; but in the '60s, pitchers threw from a higher mound to a larger strike zone, against more tentative (and worse because there was no DH) hitters.

HBP doubled from the '80s to now. Why has that happened? It's probably a combination of factors:

I for one oppose the use of batting armor in today's game. How often do we need to see David Ortiz (and the like) hanging directly over the plate with impunity because of that massive elbow pad? If the pitch is inside, they get hit and walk to first. If the pitch is anywhere else, they have their way with it. The entire second half of Barry Bonds' career was based on that approach (with the help of PEDs of course... noticing a trend?.

If batters were disallowed from wearing any kind of armor (excluding helmets and foot/shin guards: helmets protect the batter's life, while shin guards don't significantly affect a batter's approach), I believe we'd see both offense and the amount of HBP decrease, which would provide a better game. Without that armor, batters would feel less comfortable at the plate, knowing their bare arm was exposed.

When did the trend start? The first guy I can definitely remember using the elbow pad is Mo Vaughn about 15 years ago. 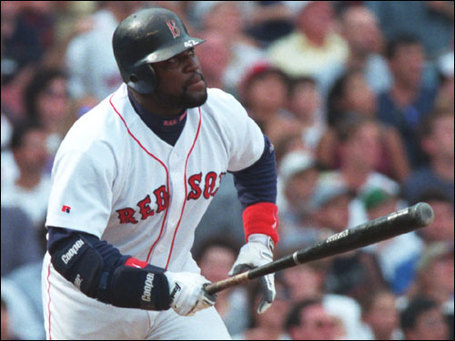