Who are the most under and overpaid Yankees?

Share All sharing options for: Who are the most under and overpaid Yankees?

A very interesting article, ranking every Yankee on whether they've out-played their contracts (and by how much), was written by J. Walter Fulbright.

The top of the list? Robbie Cano, who's making $6 million but has been worth more than $20 million, making his 'Value Over Contract' $14 million. Following him are Brett Gardner (partly because his salary is so low) and Derek Jeter (out-playing a $20 million contract is impressive).

On the tail end are mostly players who've been hurt, like A-Rod, who's been worth $15 million less than what he's paid for. Just ahead of him are Xavier Nady and Damaso Marte. 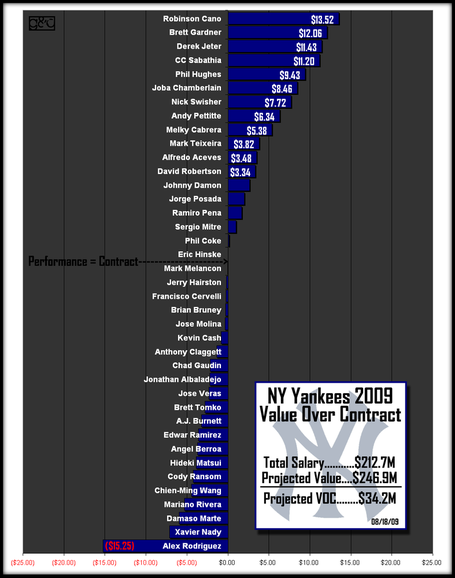